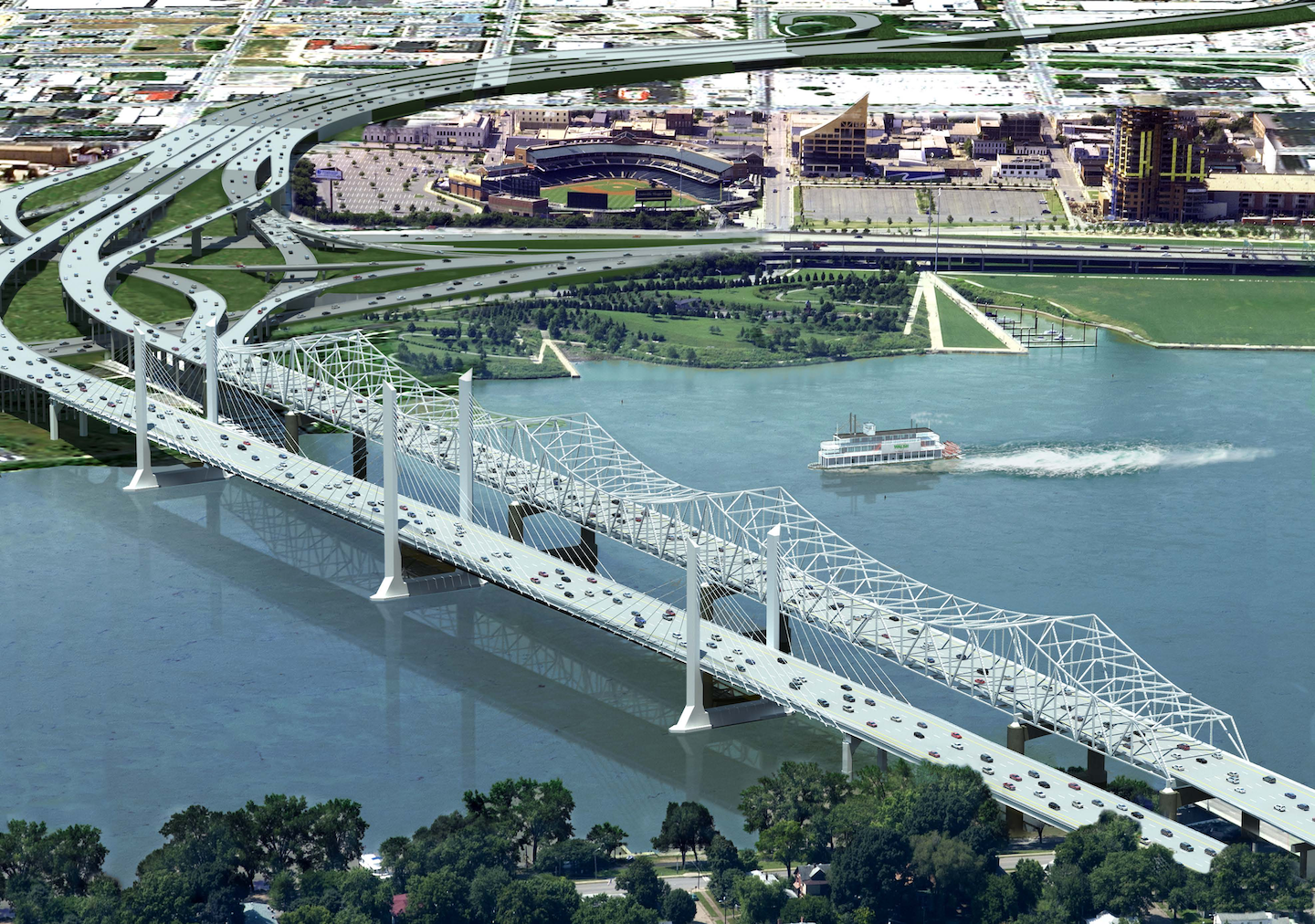 An illustration shows the Downtown Crossing next to Kennedy Bridge with Slugger Field and Louisville’s Riverfront Park in the background. (Photo: Ohio River Bridges Project)

The federally funded second half of the Ohio River Bridges project is expected to carry more than 242,000 motorists daily.

The Ohio River Bridges project–one of the largest projects in the U.S.–is expected to be completed in 2016. Planning for the Kentucky-Indiana project began in 1969, and work began last fall.

The project will widen I-65 from seven to 12 lanes over the Ohio River in downtown Louisville and will feature a reconstructed Kennedy Interchange where I-64, I-65, and I-71 converge.

Check out the video below to see an animation of the completed Downtown Crossing portion of the project.