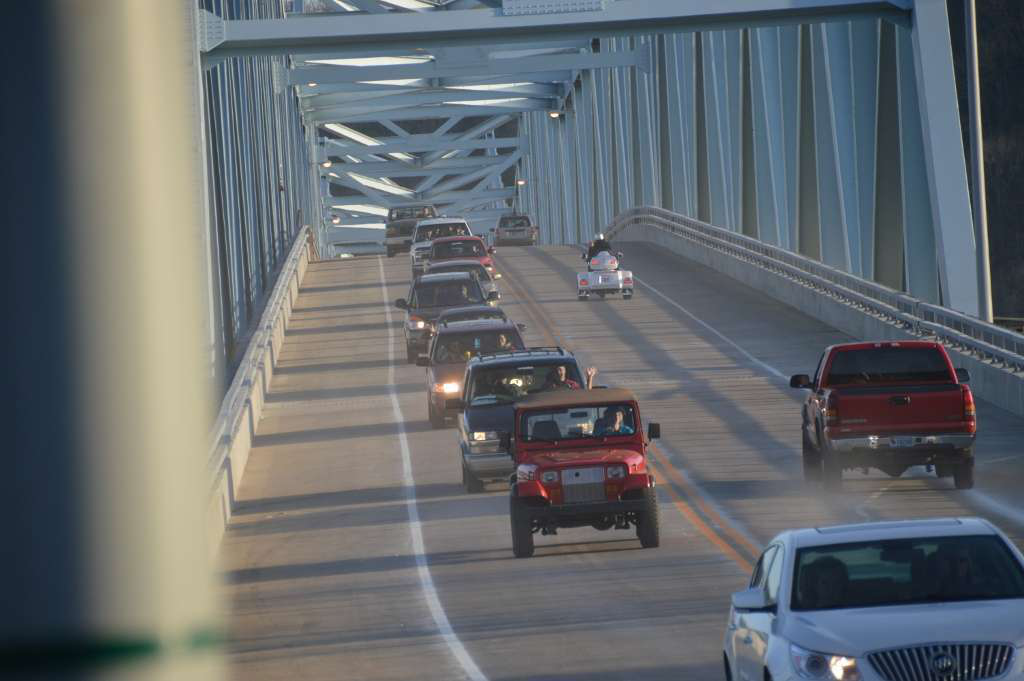 One week after the record-breaking slide of the Milton-Madison Bridge, vehicles are now able to drive across the span connecting Milton, Ky. and Madison, Ind. across the Ohio River.

The span, which opened Thursday evening, replaces a bridge that was built in 1929. The new structure will allow large trucks to travel across for the first time in many years.

The bridge spans nearly a half mile, making it the longest bridge in North America to be slid laterally into place. At 2,428 feet long and 40 feet wide with two 12-foot lands and 8-foot shoulders, the steel truss bridge is twice the size of the old bridge.

The $103 million project was funded in part by a $20 million TIGER grant.

Though the span is open, crews will continue to work on the bridge over the coming months. Further improvements include completion of the pier caps, removal of the temporary piers, installation of measures to protect the refurbished piers, additional painting and the addition of a 5-foot-wide cantilevered sidewalk.

Check out the included video for more information about the new bridge.