Don McLoud
Nov 11, 2022
The new interactive map from ASCE shows where money from the infrastructure law is starting to be spent and what types of projects are being funded.
ASCE

Want to find out where projects are being built with the $1.2 trillion infrastructure law?

There’s a map for that.

A new interactive map has been released by the American Society of Civil Engineers and Accelerator for America, a group of mayors and other infrastructure advocates around the country, on how funding from the infrastructure law is being spent.

The map, which can be viewed at https://infrastructurereportcard.org/bil-project-map/, pinpoints locations where projects funded by the law are underway. The projects are broken down into 17 different infrastructure categories. So if you want to find out where the road projects are, you click on that category, and they appear on the map.

Clicking on the points on the map will provide information about the state’s funding from the law. The popups are also accompanied by a video from a mayor or other political leader within the state speaking about their support of the law and the need for better infrastructure. The map popups also include statistics from ASCE’s Infrastructure Report Card.

The map is being released near the one-year anniversary of the law, which was signed by President Joe Biden on November 15, 2021. ASCE says “funding has been steadily making its way to state and local agencies across the nation, and now it is possible to track how communities are benefiting from investments.”

“The Bipartisan Infrastructure Law is improving communities large and small, but many Americans aren’t aware of how this law will impact their day-to-day lives,” says Maria Lehman, ASCE president. “This tool will show families how traffic along their morning commutes is going to be alleviated, why they’re experiencing less interruptions in energy services or why their tap water will be safer to drink. Not only will these projects improve our quality of life, but we hope they also inspire the next generation of civil engineers to be a part of solving some of society’s most complex problems.” 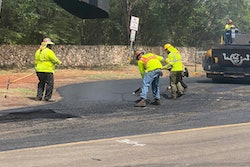 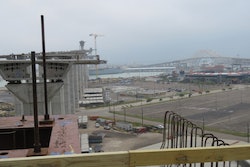 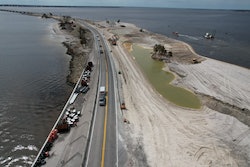