Though the $1 trillion infrastructure law was signed November 15, the bulk of the money had been locked up awaiting congressional approval of a 2022 fiscal year spending bill.

That changed this month when the House and Senate finally passed an appropriations bill for the remainder of the fiscal year. The move ends five months of passing last-minute, stop-gap measures to keep the federal government from shutting down.

A continuing resolution to keep the government funded was set to expire March 15, but President Joe Biden signed the new spending legislation the same day.

The appropriations bill releases a 43% increase in funding over 2021 for federal highway programs through September 30, for a total of $69.4 billion, according to the American Road & Transportation Builders Association.

Public transportation programs will get a 61% increase for a total of $20.4 billion this year.

Airport construction projects will also benefit, with a 137% increase for capital improvements, for a total of $8.9 billion for 2022.

In all, the legislation totals $1.5 trillion and includes $13.6 billion in aid to Ukraine in its fight against the Russian invasion.

Various construction industry organizations urged Congress to pass the legislation for the full fiscal year. The coalition of 67 public and private-sector members sent a letter to House and Senate leaders back in January calling on them to provide full fiscal year funding so state and local governments could access the funding in the new infrastructure law.

The infrastructure law calls for spending $973 billion over the next five years, with $550 billion in new investments, according to the National Association of Counties.

Here is NACo’s breakdown of that additional $550 billion in spending: 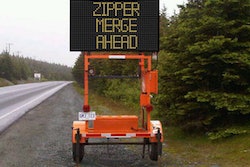 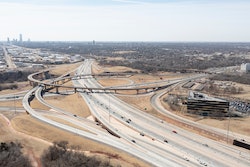 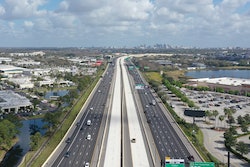