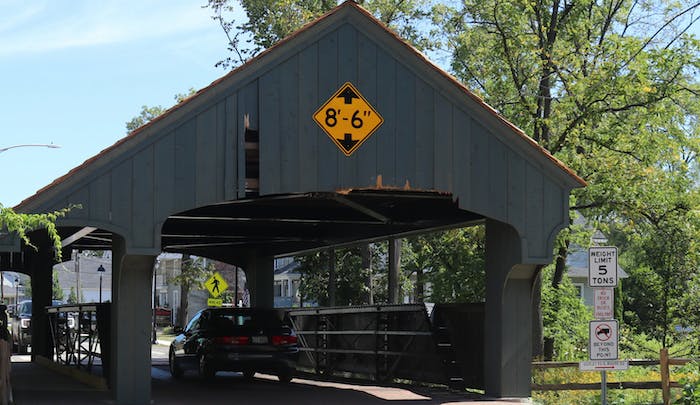 The Buffalo Creek Bridge, also known as the Robert Coffin Parker Bridge, has been struck 14 times since it reopened in August after being refurbished following a truck strike in 2018.
Village of Long Grove

A 115-year-old bridge in Long Grove, Illinois, has had an ongoing battle with trucks over the decades, often finding itself on the losing end.

In 2018, it appeared the death blow had been dealt to the 8-foot, 6-inch-tall Buffalo Creek Bridge. A large truck destroyed the entire wooden cover, just days after the one-lane, metal Pratt truss bridge had been named to the National Register of Historic Places.

The bridge's wooden cover was added in 1972 and is not considered to be historic; however, the metal truss bridge beneath it was built in 1906 by the Jolliet Bridge and Iron Company. After the 2018 strike, the bridge was at risk of being demolished to make way for a two-lane span.

Bridge supporters, however, rallied to the cause.

The newly refurbished bridge opened August 14, 2020, with some important improvements to help protect it from drivers of oversized trucks illegally trying to enter it. Signs have also been erected warning drivers of the low height.

But that hasn't stopped the crashes. It hadn't even been reopened more than a day before a chartered school bus struck the top of the bridge. It was hit again and again, and on April 9, it was struck for the 14th time. A 73-year-old man from Nashville driving a U-Haul reportedly didn't see the warning signs about the bridge's height because he was watching a GPS navigation screen.

The difference now, though, is the trucks appear to be suffering the most damage. That's because the refurbished bridge was redesigned with a steel barrier bar built behind its cover.

Historian Aaron Underwood explains on the Long Grove Historical Society's website that the design differs from the typical barrier for historic bridges. Usually, the steel beams anchored into the ground for the barrier are placed some distance in front of the bridge to prevent oversized vehicles from hitting the bridge. But the typical barrier bar was considered to be an eyesore to the village, and it could also prevent trucks from delivering goods to local merchants near the bridge, Underwood writes. So the bridge cover was designed to be a little longer to accommodate the hidden barrier bar.

The result, according to Underwood:

"Experience from the first several incidents showed the design was working well. Only cosmetic damage – a substantial improvement to what we had been living with the past twenty years."

The bar has also prevented errant drivers from leaving the scene after a strike, as it often leaves their trucks stuck, and it's done quite a bit of damage to the tops of their vehicles.

The village continues to make improvement to try to head off further damage to the beloved bridge. According to Underwood, those have included better signs alerting drivers; a less-arched, taller center at the bridge's opening; and a steel lip on the edge of the opening to protect the wood from impact.

There are also efforts to remove the route from GPS navigation systems, designating it local only. "90% of the incidents we know about would have been avoided had GPS systems been reflecting this new routing restriction," he writes. "Unfortunately, it can take ages for GPS systems to pick up and implement these type of restrictions, so we’ll need to be patient to see the impact…" 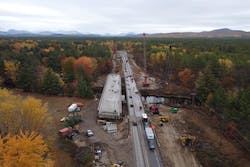 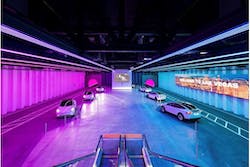 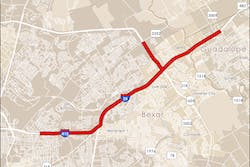 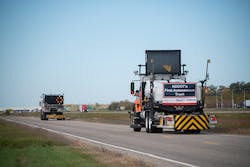