A $600 million shortfall at the Pennsylvania Department of Transportation caused much uncertainty for roadbuilding contractors in the state, many of whom also had to contend with a six-week stop-work order in spring during a pandemic lockdown.

Last month, PennDOT announced it would have to halt hundreds of road construction projects and delay future ones December 1 because it had run out of cash. That crisis, which could have cost up to 10,000 construction jobs, has been temporarily abated. Bidding on 50 new projects, however, has been put on hold for 30 days until January 14, while the state’s political leadership tries to reach a solution.

Bob Latham, executive vice president of the Associated Pennsylvania Constructors, says PennDOT typically awards about $2.2 billion a year in contracts, but for 2020, that has declined to $1.6 billion.

“That’s a big drop in the value of contracts being let or awarded in a calendar year,” Latham says. “One of the things that’s unclear is, will we make that up by bidding more work in 2021?”

“The idea from our standpoint,” he adds, “is we have to fill this hole so we can go back to not jeopardizing existing projects, and also putting out new contracts at a level commensurate with where we had been.”

Latham traces PennDOT’s troubles to March 17 when the pandemic led the agency to shut down road construction.

After the shutdown ended May 1, projects were accelerated to try to catch up. But that also meant large batches of bills coming in from contractors at the same time. In fall, that all came to a head, as revenues had also dropped because of fewer drivers on the road to pay fuel taxes.

“Where in September maybe you have normally $500 million of the invoices coming in, suddenly $700 million or $800 million is coming in,” he says. “Those would have been paid in June or July, but then because you didn’t get the revenue in March and April, now you don’t have the cash.

PennDOT announced it had run out of money in November, and it would have to halt all road projects starting December 1.

“Obviously, when somebody says, ‘Oh, by the way, you’re not going to get paid.’ That’s not a happy time,” Latham says of the announcement’s effect on contractors. “On the heels of it is, ‘If we don’t come up with a solution by the end of January, early February, we’re going to shut down new projects coming out and possibly even these existing ones.’”

As the crisis mounted, Gov. Tom Wolf reached a deal with the Legislature to shift money from other accounts to cover existing contracts. That buys the governor’s office and the Legislature some more time. Latham likens it to a “payday loan.”

“The industry is obviously very much worried about it,” he says. “The consulting engineering side is in the same boat; they’re eliminating new consultant contracts. And again, that’s not a good thing, because that negatively impacts projects.”

For now, current projects continue to move forward. The Associated Pennsylvania Constructors is eyeing the rescheduled January 14th bid letting to see what will happen with future projects, whether they will be delayed or able to start on time.

Latham hopes the state will not only solve the short-term problem but reach a long-term funding solution for road construction. He notes that the governor is halfway through his last term and a new legislature is coming in, with the next elections two years away.

“It’s probably a pretty good time to maybe look at a major transportation bill,” he says. “But I don’t know whether they’ll see it that way. It’s also a potential time where they put a Band-Aid on it, and they say, ‘Go away for two years.’”

Along with the short-term crisis, PennDOT reports it needs $8.1 billion more to keep up with its long-term highway and bridge programs, which have lost ground due to reductions in state and federal revenues. The agency has recommended a variety of revenue options, such as bridge tolls.

“For years, we’ve been saying, ‘Look, we have the second-highest gas tax in the country,” Latham says. “And the reason for that is 12 cents of that’s not even going to roads.”

The problem with that solution, he acknowledges, is it involves cutting the general fund budget or raising other revenues. “And now you’re talking about sales tax and personal income taxes and things like that,” he says. “And people are always hesitant on that.”

The association is advocating a combination of revenue options: reducing the amount of gas-tax revenue being shifted out of the highway fund, indexing the gas tax to inflation and a tax on electric vehicles. He says that, done incrementally, these changes could bring in $600 million annually within a few years.

As for contractors in the state, they’re keeping a watchful eye on the political negotiations, and the association plans to prod elected leaders to reach a solution soon.

“The concern is for the future,” Latham says. “The current backlog appears to be OK. I’m not hearing that contractors are laying people off or stopping their cap ex or anything like that. But my guess is that everybody’s (wondering) are we going to wake up New Year’s Day and say, ‘Now what are we going to do?’”

UPDATE: In late January, PennDOT received word that it would be getting more than $400 million in federal funding from Covid relief passed by Congress in December. It has rescinded its emergency request to the legislature, and 2021 bid lettings have proceeded. 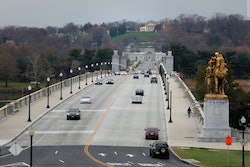 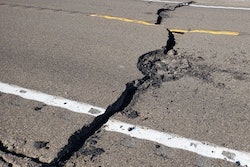 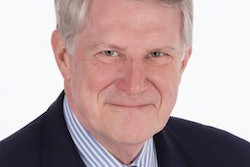