Don McLoud
Dec 3, 2020
Damage to one of the five bridges hit by an excavator boom in Thurston County, Washington. Credit: WSDOT

But the survey also shows that bridges rated good are declining, while those rated fair – structurally sound but showing minor structural deterioration – have risen.

Overall, most bridges are rated fair. And 55 percent of bridges fall into the fair and poor categories, showing some form of structural deterioration, from minor to failed.

(This year, departments of transportation in 39 states and the District of Columbia responded between August 5 and September 28 to the annual Equipment World survey. The survey was sent to the 51 bridge engineering divisions of the District and all the 50 states. For those that did not respond, we used data from the Federal Highway Administration’s 2019 National Bridge Inventory. For an in-depth look at the 2020 Better Roads Bridge Inventory, click here.)

Without attention over the years, those fair bridges could eventually descend into the poor category, which ranges from advanced deterioration, to closing the bridge to protect the public.

Bridge engineers at state departments of transportation are well aware of the need to focus on bridges rated good and fair. In many cases, they report an uphill battle in stopping the slide, with funding being the biggest challenge. And as the overall bridge network ages, keeping up with maintenance becomes even more difficult.

“Like many states, a large portion or our bridges were built in the 1960s and 1970s during the interstate construction era,” says the North Dakota DOT. “These bridges are aging out faster than we can replace them, so we are doing all we can to maintain and preserve them, but this is certainly a challenge.”

The Utah DOT reports funding through 2025 for rehabilitation and replacement projects for its poor rated bridges. It also focuses on preserving its good and fair bridges, many of which were built 40 to 50 years ago, but the department will need more funding to fully address them.

“At this time we have a very low percentage of our structures and total deck area that are rated in poor condition,” the agency says. “We do have an increasing amount of structures that are transitioning to fair condition and anticipate that in the coming decade it will continue to be a challenge to keep up with rates of deterioration.”

The Texas DOT reports it has also succeeded in addressing bridges rated poor, with only 1.47 percent in that category. But efforts to establish a bridge maintenance program for its good and fair bridges has been a challenge.

“With a massive inventory of bridges, half of them 40 years old or older, instituting an effective bridge preventive maintenance program has proven to be very difficult,” the agency says. “We have an excellent record of reacting to deterioration and keeping our percentage of ‘poor’ bridges extremely low, but we need to focus more on earlier, cost-effective strategies to maintain our inventory of ‘good’ and ‘fair’ bridges.” 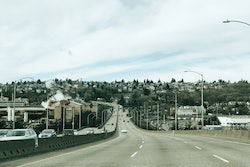 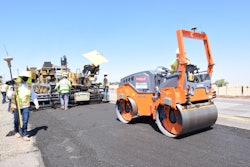 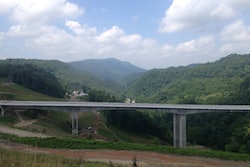