A major bridge on Interstate 75 between Kentucky and Ohio will likely be closed for weeks due to a fiery crash and chemical spill.

Northbound and southbound lanes of the Brent Spence Bridge will likely be closed for several days and possibly for weeks, according to a briefing by Kentucky Gov. Andy Beshear and Jim Gray, secretary of the Kentucky Transportation Cabinet. It was built in 1963 and spans the Ohio River between Covington, Kentucky, and Cincinnati. (For an update on the status of repairs for the Brent Spence Bridge click here.)

“We are taking vigorous steps with the most talented engineers in order to assess the damage and get the bridge reopened to traffic,” Gray said November 12. “But we know under fully the best case, we have repairs that will take weeks to execute.”

The fire, which burned at up to 1,500 degrees Fahrenheit, began November 11 about 2:45 a.m. EST after a tractor trailer jackknifed on the double-deck bridge’s lower deck. A second truck carrying potassium hydroxide, or lye, then crashed into the jackknifed truck. The fire’s main cause was the impact and 400 gallons of diesel fuel, officials say.

The damaged area had been too hot for inspectors to conduct a bridge assessment, but were able to do so November 12. KYTC reported at about 9 a.m. November 12 that the debris had been cleared and inspectors from the KYTC, Ohio Department of Transportation, the Federal Highway Administration and four consultant teams were conducting a walkthrough.

“Initially, officials know that there is visible damage to the bridge and its concrete decking,” Beshear reported. Drones have provided preliminary inspections. Debris removal efforts are underway.

No one was seriously injured in the crash, according to officials.

The FHWA has been notified of the state’s intent to file for emergency relief funds after damage and cost estimates are completed.

Meanwhile, the John A. Roebling Suspension Bridge between Covington and Cincinnati has also been closed to all traffic because of detouring truck drivers disregarding its 11-ton weight limit, according to police.

The Brent Spence Bridge handles about 80,000 vehicles a day, which is double its capacity. The KYTC recommended in 2017 that a new bridge be built beside it while keeping the current bridge, which is deemed to be structurally sound. A new bridge would cost $2.3 billion to $2.6 billion, according to the KYTC study.

Note: This story was updated November 13 with more details about the bridge’s closure. 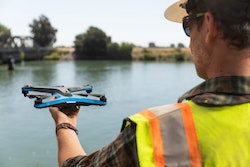 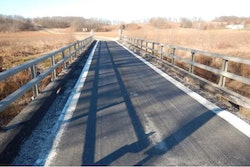 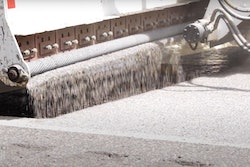 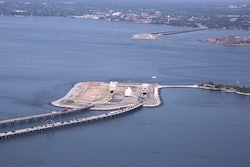