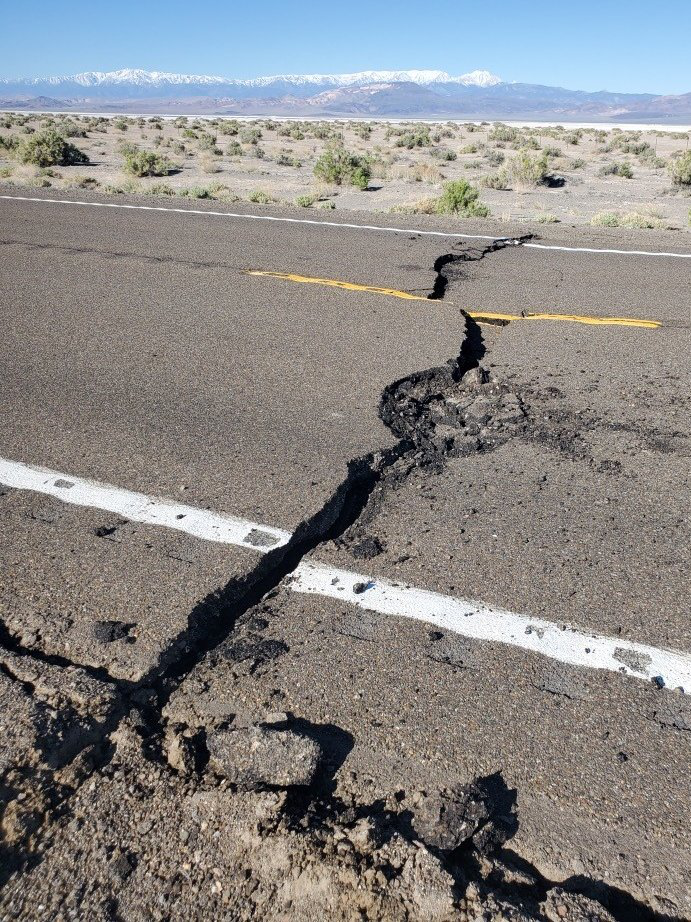 The strongest earthquake to strike Nevada in 65 years closed a section of U.S. Highway 95 for about 10 hours May 15, while state maintenance crews rushed to repair the cracked main link between Las Vegas and Reno.

The 6.5-magnitude earthquake struck at 4 a.m., leaving four cracks up to 3 inches wide on a half-mile section of the road six miles north of Coaldale, according to the Nevada Department of Transportation. Repairs involved shaving down lifted up road sections and performing patchwork. The largest repair was for a 9-foot-wide, 40-foot-long pavement patch, NDOT says.

The agency says it will schedule permanent repairs later, but it’s too early to know the cost and schedule.

The quake appears to have not caused any injuries or major damage, as it was in a mostly remote area. It was also felt as far away as Salt Lake City and San Diego. Aftershocks continued during the weekend in Nevada, some registering in the 4 to 4.6 range.