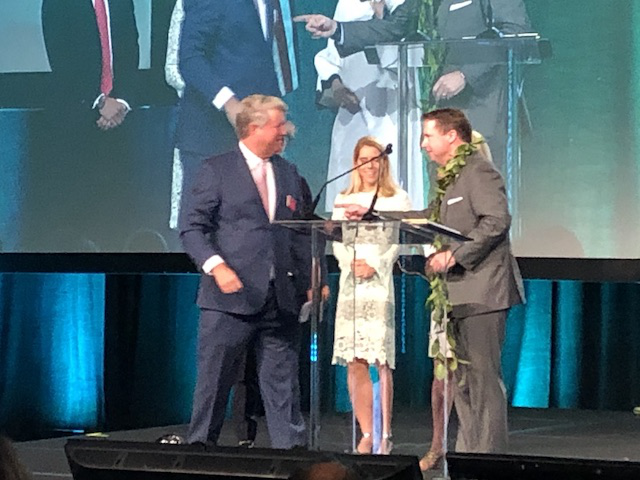 Jay Winford, president of Prairie Contractors in Louisiana, is the new chairman of the National Asphalt Pavement Association.

In accepting the new role, Winford said he would make engineering and technology his primary focus for 2020. 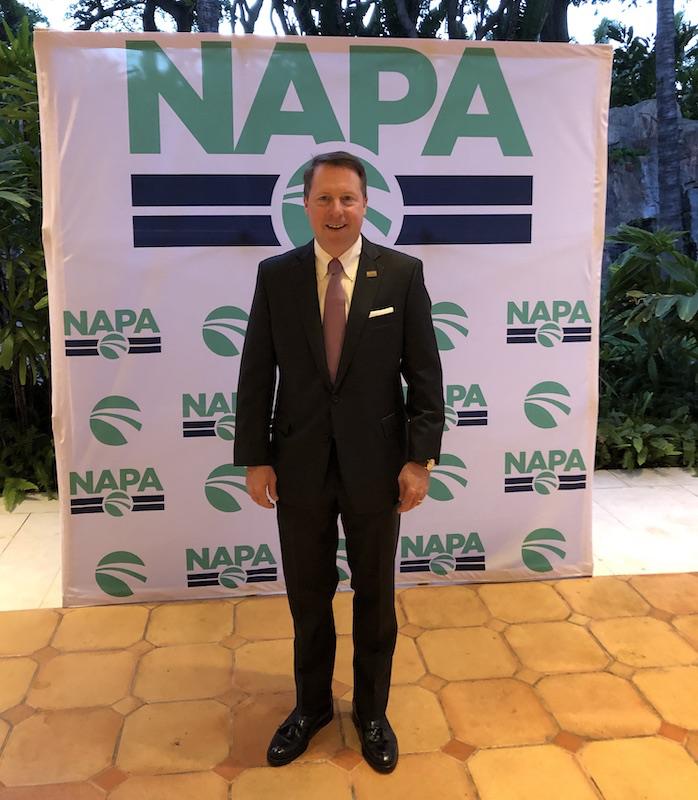 “We’re going to focus on the engineering precision of what we do,” he said.

He noted that project owners and highway departments often had chief engineers who had been in their positions for a decade or more. “Now, these governmental guys are in those slots for three years, and we have to start over again,” he said. “… We do more teaching, telling the people that we’re working for what we can do and what we can’t do than we ever have.”

That means the industry needs to get the word out about what it does and the importance of asphalt.

“You’re going to hear me say this over and over, and we have to preach this gospel,” he said.

“We are the smoothest, fastest, quietest and most recycled pavement material in the world. We have to keep saying that.”

He noted that with NAPA’s help the industry has developed innovative pavement designs and increased the use of recycled products, and historically, it has solved its own problems. “The bureaucrats are going to make the rules, but we have to as NAPA get in the middle of that and say, ‘We’re going to help you write these rules because we know how to play the game better than you do.’”

He also touted the National Center for Asphalt Technology at Auburn University, where he earned a doctorate in civil engineering. The center provides a $125 million economic impact for the state of Alabama and helps the industry become more innovative, he said.

“Let’s tell our story,” he said. “Let’s educate our owners. And let’s promote the attributes that we have.

“We’re the most recycled material in the world. If you go to a cocktail party and ask that question, they’re going to say aluminum …