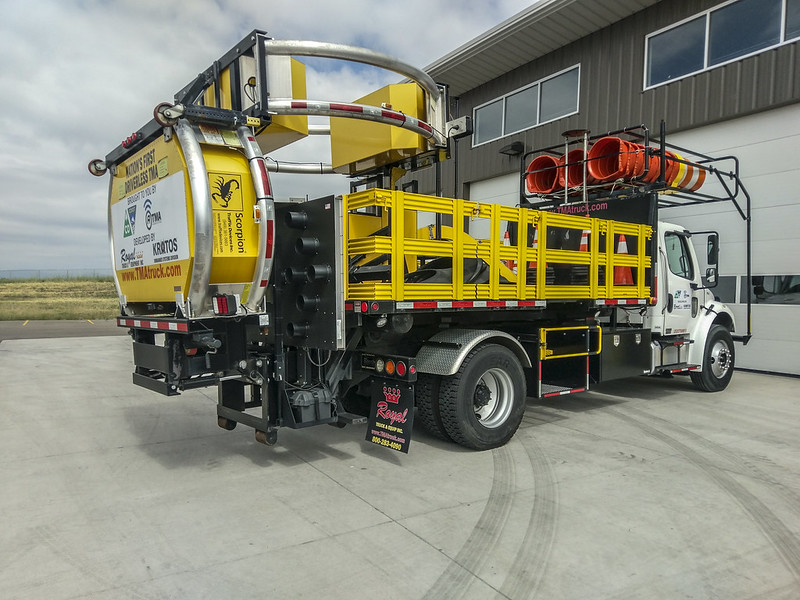 An autonomous attenuator is among the types of innovations a new round of FHWA grants will fund. Photo credit: Colorado Department of Transportation

Accelerated bridge construction, ultra-high-performance concrete and a robotic crash truck are a few of the roadwork innovations some states and local governments will be using this year, thanks to $8 million in federal grants.

Here’s a breakdown of how the money will be used: