The Washington State Department of Transportation has won a $57.2 million jury award in its lawsuit over delays in the Alaskan Way Viaduct project due to tunnel boring machine Big Bertha’s breakdown in 2013.

The project was delayed for about three years as the contractor team of Seattle Tunnel Partners worked to get Bertha, then the world’s largest tunnel boring machine, back in operation. The project to build a new State Route 99 tunnel to replace the viaduct was completed last February. The viaduct’s demolition was competed in September. The entire project cost about $3.3 billion.

The WSDOT sued the partnership over the delays. In a statement, Secretary of Transportation Roger Millar said the agency had structured its agreement “in a way that placed the risks of tunneling on the contractor.”

“We have remained steadfast in our belief that Seattle Tunnel Partners was responsible for the costs of fixing the broken tunneling machine and paying damages for completing the tunnel three years late,” the statement says.

Tutor Perini Corporation, which made up 45 percent of Seattle Tunnel Partners, said it planned to appeal the award, which was rendered December 13 in Thurston County District Court after a nine-week trial. It also countersued WSDOT for $300 million due to the delay and repair costs. The other partner is Dragados USA engineering and construction services firm.

Tutor Perini says Bertha’s breakdown occurred when it hit a steel pipe that had not been properly identified by WSDOT. The company says the verdict goes against a dispute review board finding in 2015.

The three-member review board was appointed by the partnership and WSDOT to try to settle the dispute. It was asked to determine whether an 8-inch-diameter steel well-casing, which Bertha hit, was adequately identified in the contract.

The partnership said the board’s recommendation supported its position that the steel casing “constituted a differing site condition under our contract with WSDOT.”

WSDOT, however, disagreed with that finding. It sued Seattle Tunnel for breach of contract and said Bertha’s breakdown was the contractor’s responsibility.

The court has agreed, but an appeal is expected.

“Since an appeal is possible, we cannot yet say what will become of the damages awarded by the jury,” WSDOT Secretary Millar said.

“The Company is reviewing today’s decision to evaluate any potential financial impact on the Company and will provide any required disclosure once that evaluation has been completed,” reads Tutor Perini’s statement. 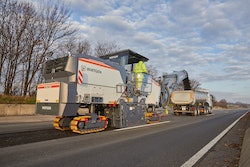 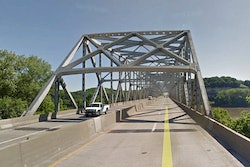 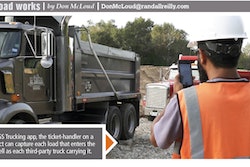