Researchers at Brunel University London and Mutah University in Jordan have shown that adding sodium acetate to concrete mixes not only significantly increases the compressive strength of the concrete in extreme hot or cold weather, but also reduces the amount of water the concrete absorbs, which means the concrete would be stronger and require less maintenance.

The study, Development of low absorption and high-resistant sodium acetate concrete for severe environmental conditions, is available online from the journal Construction and Building Materials.

“Currently, most available protective additives in concrete reduce its compressive strength,” Dr. Seyed Ghaffar, an assistant professor at Brunel’s Department of Civil and Environmental Engineering, who coauthored the paper with colleagues Dr. Mujib Rahman, Dr. Omar Abo Madyan, and Dr. Mazen Al-Kheetan, said in a Brunel University press release. “Sodium acetate, on the other hand, has proven its ability to preserve and even increase the compressive strength of concrete under harsh weather conditions.”

The researchers made 72 concrete cubes with varying mixes of sodium acetate to test the material. They were cured at -25°c or +60°c for seven or 28 days.

The study builds on previous work performed by Dr. Rahman and Dr. Al-Kheetan demonstrating how adding sodium acetate to concrete can protect it from salt damage. Studies are still being done to test how integrating sodium acetate into concrete affects the performance and durability of concrete in the long-term. 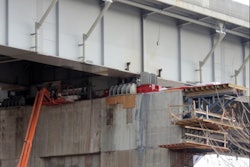 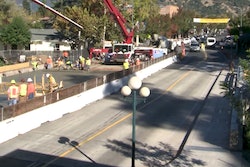 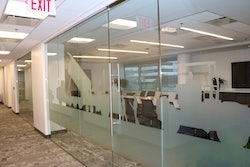