Though a meeting between Democrats and President Trump on overhauling the nation’s infrastructure ended before it began May 22, trade and business groups are still hoping a deal can be reached this year or at least enough funding to keep the Highway Trust Fund and other transportation funding sources from expiring.

Dismayed by the partisan bickering that so far appears to be hijacking any compromise, they are calling on political leaders to roll up their sleeves and reach a solution to fix the country’s crumbling roads, bridges and other infrastructure.

“Sadly, it appears political theatrics won the day. But the breakdown of the talks does not change several fundamental truths about America’s transportation network,” reads a statement from Dave Bauer, CEO of the American Road & Transportation Builders Association.

Bauer, however, holds out hope that Congress will take up the yoke to craft infrastructure legislation.

“The heavy lift of writing new legislation always rested on congressional shoulders,” his statement says. “We urge bipartisan members of the House and Senate to complete action in a timely manner on the big and bold transportation infrastructure investment package that the U.S. economy, motorists and business community deserve.”

Bauer adds that the case for a deal is more urgent this year as the federal Highway Trust Fund will expire in October 2020 without it being reauthorized. That means states could see a 40-percent cut in federal highway dollars starting in 2021. ARTBA and others have long called for better funding for the program, which uses federal gas and diesel taxes. It faces an $18 billion average annual shortfall between the fund’s revenues and transportation infrastructure needs.

“There are 235,000 bridges in need of repair or major rehabilitation,” he says.

Stephen Sandherr, CEO of the Associated General Contractors of America, expressed his frustration in an opinion piece to Fox News.

“Once again, we see our national leaders engaging in partisan bickering instead of addressing our nation’s real and pressing problems,” he wrote.

He called on government to treat infrastructure as a top priority.

“Our infrastructure needs are significant and severe,” he wrote. “The World Economic Forum ranked America’s infrastructure No. 1 in the world in 2005. Today we have fallen to No. 9.

“Nearly half of our nation’s major roads are in poor or mediocre condition and driving on them cost the average driver $599 a year in extra vehicle operating and repair costs.

“Traffic congestion has gotten so bad that the average motorist now spends 42 hours stuck in traffic and $1,400 in wasted gasoline each year.”

Such bipartisanship does not appear to be dead on Capitol Hill.

Earlier this month, bipartisan members of the House Committee on Transportation and Infrastructure, as well as other related subcommittees, wrote a letter to House Democratic and Republican leaders to address transportation issues in upcoming budget talks. Their letter calls for reinstating $7.6 billion in FAST Act funding for states for surface transportation funding, set to expire in 2020. This could still occur without a broad, national infrastructure program. But many have warned that any deal would need to come quickly this year, before partisanship gets even more heated as we head into the 2020 elections.

And up until the failed May 22 meeting, House Democrats and Trump appeared to be on the same page on the need to increase funding for infrastructure, with a $2 million price tag being discussed.

The main sticking point, before May 22, had been how to pay for it.

But Trump has now said he will not deal with Democrats until they stop all investigations into his administration and first approve his renegotiated trade deal with Mexico and Canada to replace NAFTA. 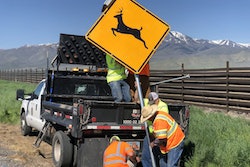 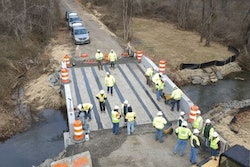