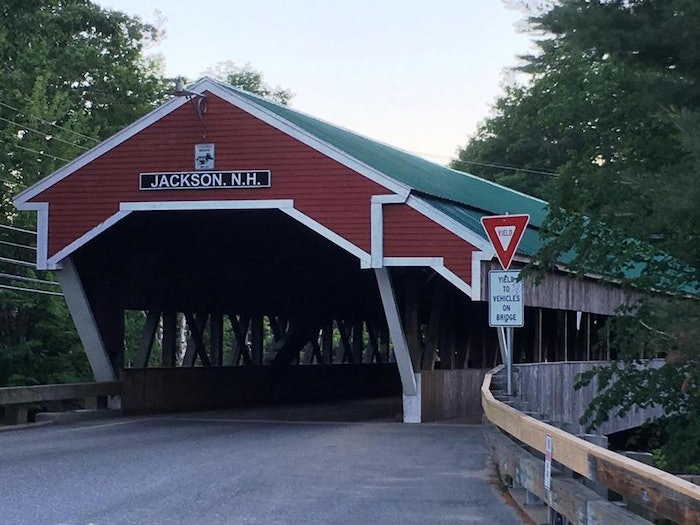 The New Hampshire Department of Transportation is undertaking a nine-week renovation of the Honeymoon Bridge, a 143-year-old covered bridge in Jackson that was built by Charles Austin Broughton and his son Frank, the Boston Globe reports.

The renovation will close the bridge from approximately March 25 through May 23 while the wood deck is replaced, the ends of the bridge are repaired, and the lighting system is upgraded.

“There’s something about driving into the town of Jackson by coming in through that covered bridge that really, really exemplifies what the community is all about,” said Jackson Police Chief Chris Perley in a telephone interview with the news agency. “Once you get over the bridge, it’s really a step back into time, because it’s a quaint and small community.”

“Any time you get into a bridge that old, you don’t know what you’re going to find, so they’re also preparing for additional work,” said DOT spokesman Bill Boynton, according to the news agency, explaining that construction could take longer than expected.