The task force will develop the association’s legislative blueprint for the next reauthorization of the nation’s federal highway and public transit programs, which is due in 2020.

Hammond has 34 years of experience working to improve transportation systems in Washington state, and served as its secretary of transportation from 2007-2013. She is WSP USA’s leader in emerging transportation areas and volunteers to serve on American Association of State Highway & Transportation Officials (AASHTO) committees, with the Transportation Research Board (TRB) executive board, and the Women’s Transportation Seminar (WTS) International board of directors. Hammond currently serves as ARTBA vice chair at-large and as a trustee on the association’s Transportation Development Foundation.

Since joining the company in 1982, Duit has held several positions with Duit Construction, which is part of a family of concrete and asphalt paving and bridge construction contractors in Oklahoma, Texas, Arkansas, and Kansas that have received numerous state, regional, and national concrete, asphalt and bridge construction awards. Duit is a director on the Oklahoma Associated General Contractors (AGC) board and Oklahoma AGC Workers’ Compensation. He is also on the UMB Bank advisory board and serves as an ARTBA vice chair at-large.

The task force will report on its proceedings during the 2019 ARTBA National Convention in September 2019. 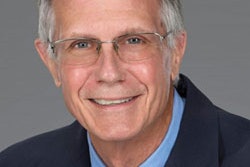 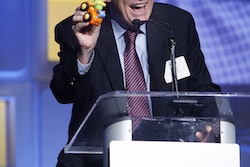