The Colorado Department of Transportation (CDOT) plans to begin work on the Interstate 25 South Gap Project on September 4, KOAA News reports. The first of three phases will include an 18-mile stretch of the interstate in Castle Rock that will include fresh pavement, wider shoulders, and a third toll lane. Work in Monument is slated to start at the beginning of 2019.

CDOT held an open house August 20, to allow interested community members learn more about the $350 million project and the expected three and a half years of congestion expected to accompany the road work.

“It’s like changing carpet in the middle of a New Years Eve party. We have to do it very carefully,” said Tamara Rollison, spokesperson for CDOT Region 1, according to the news agency. “And we have to keep lanes open in the high travel times, so that people can get to work, so that emergency crews get to their destination.”

There are also concerns about the third lane, which will be a designated toll lane with an expected price of $2.25 when it opens. Many in the community don’t like the idea of paying the toll, but CDOT said it’s the best way to manage the traffic flow between cities with increasing populations, as a four-lane stretch of often-traveled interstate will become six lanes by 2021.

The project is expected to be complete in 2021, and the toll system will be implemented in 2022. 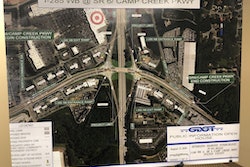 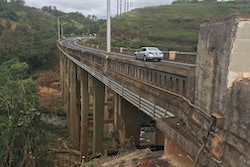 After year of rehab work, ‘honeycombing’ closes down Kipapa Bridge in Hawaii 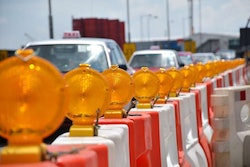 I-81 resurfacing project in Pa. begins, thanks to Resurface PA initiative