An Uber driver operating in autonomous mode was streaming “The Voice” when her Volvo fatally struck and killed a homeless woman pushing a bicycle across a dimly lit street in Tempe, Arizona, last March.

That’s according to a newly released 318-page police report. It details subpoenas used to get information from Hulu, Google and other companies, as well as many other facts surrounding the collision that killed 49-year-old Elaine Marie Herzberg. Police said Wednesday that they have forwarded the report to a local prosecutor for a decision on whether the driver should be charged.

Hulu data shows Uber employee Rafael Stuart Vasquez was down-streaming “The Voice” after watching several episodes of “Bones” when the woman emerged onto the roadway from the shadows, well outside of a crosswalk. Vasquez looked up, slamming on her breaks, after the car hit the woman.

Herzberg died at 10:30 p.m. on March 18. The gray 2017 Volvo XC90 with an Arizona plate was impounded, with front end damage on the passenger side. So was the victim’s bicycle.

The lengthy police report also alleges that the driver should have been operating emergency controls for the vehicle at the time. They were disabled by Uber during the routine testing procedures.

Vasquez’ reaction time was estimated at .50 seconds. Detectives deduced that had the driver been paying attention, the car could have been stopped 42 feet before the actual point of impact, and the accident could have been avoided.

“During an interview with Rafael, she indicated her hands were off the steering wheel and her feet were off of the accelerator/decelerator pedals during the collision,” the report says.

An NTSB report recently found that the driver should have been operating emergency controls for the vehicle. an that it was deemed entirely preventable. The police report echos those findings.

“Video footage from a dashboard camera was obtained, which showed footage of the collision looking forward from the vehicle’s cabin and a view of the driver,” search warrant documents say.

“Immediately prior to the collision occurring, Vasquez can be seen looking down and only looked up just as the collision was about to occur.”

The pedestrian “came out of nowhere,” she tells police, according to the report. After hitting her, Vasquez slams  her brakes.

The Volvo traveled 11.8 miles at an average of 32.5 miles an hour just before the accident.

“During the video segments, Vasquez looks down 204 times with nearly all of them having the same eye placement at the lower cent console near her right knee,” the report says.

Under those calculations,  and given the average moving velocity of 47.64 feet per second, “Vasquez’s eyes were off the roadways for 3.67 miles of the 11.8 total miles traveled,” the report concludes.

In March, Uber had halted testing of its self-driving vehicles in North America after the Sunday night accident.

At the time, Police Chief Sylvia Moir told the San Francisco Chronicle that it appeared, preliminarily, that the Uber vehicle would likely not be at fault. The new information about the Hulu watching came late in the investigative process, hence was added as an addendum to the report..

The lates information from police comes as Uber awaits a final resolution. Uber officials say they hope to resume its experimental driverless program, at least on a limited basis, this summer. 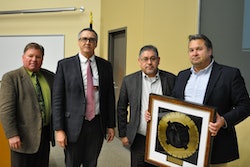 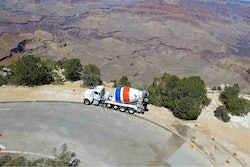