Scientists at the University of Waikato in New Zealand have developed a protocol called solid-state fermentation that uses nanobiotechnology to make a concrete that regenerates itself to repair cracks as they develop. Researchers around the world have been working on the same thing, but Waikato researchers Dr. Aydin Berenjian and PhD student Mostafa Seifan have used a unique nanobiotechnological approach, Voxy reports.

Berenjian and Seifan have developed a bio-concrete by introducing micro-organisms and nutrients into the initial mix, which create calcium carbonate that fills the cracks when they appear. The environmentally friendly material’s performance relies on the right bacterial species and nutrient ingredients, and the availability of oxygen. The ability of bacteria to survive in a harsh concrete environment, and the ability of cells to keep producing calcium carbonate over time are also crucial.

“That is where the engineering came in,” Berenjian told the news agency. “With the help of the unique fermentation system and nanobiotechnology, we have engineered a process that makes the calcium carbonate production very efficient, even in a harsh environment like concrete.”

Lab tests indicate the bio-concrete is more durable than traditional concrete, but it is more expensive. However, repairing concrete currently costs around $200 a cubic meter.

“Fixing concrete manually also means cracks are sometimes missed, particularly if they are not visible,” Berenjian told the news agency. “The return comes with the longer-term strength, and removing the cost of repairs.”

“We have developed a unique system by using nanobiotechnology to make the cells capable of inducing a high level of calcium carbonate in different fermentation conditions,” Seifan told the news agency, explaining that they have taken a completely different approach to others working in the field, who are aiming solely to heal the concrete cracks.

Berenjian wants to test the bio-concrete on a larger scale, and is excited about future applications for the protocol itself. “We have had a lot of interest, and our work has been thoroughly reviewed and published,” he told the news agency. “It has huge potential for a range of other materials, industries, and uses worldwide.” 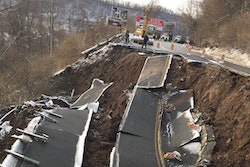 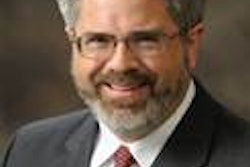 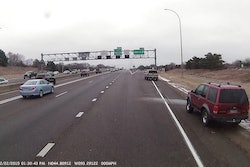 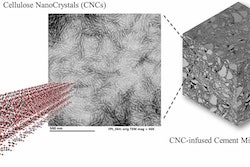