The National Transportation Safety Board, continuing its probe into the deadly pedestrian bridge collapse in Miami, says its investigative team has confirmed that workers were adjusting tension on the two tensioning rods located in the diagonal member at the north end of the span when the bridge collapsed.

That confirmation is key in the inquiry to determine why the 174-foot bridge just off the campus of Florida International University collapsed March 15, five days after the main span was put into place during accelerated construction.

NSTB says workers had done this same work earlier at the south end, moved to the north side, and had adjusted one rod. They were working on the second rod when the span failed and collapsed.  The busy state road below was not closed while this work was being performed, and six people were killed and at least 10 more injured.

Also, the NTSB has announced it’s zeroing in on the deck level of the north side of the bridge, where a dash cam video a split second before the collapse showed a puff of some type and what appears to be a protrusion from that part of the structure. That is where the last diagonal truss meets the deck and the vertical support beam on the north end of the span

Two days before the collapse, an engineer with FIGG Bridge Engineers had noticed cracking on the bridge and had called in to report it to the Florida Department of Transportation but said it was not a safety concern.

He also allayed safety issue concerns at a meeting of the design team in a construction trailer, during a presentation on the crack, just three and a half hours before the bridge crumbled at 1:30 p.m. Thursday, March 15.

On Monday, Florida Govenor Rick Scott announced he was suspending all federal funding payments for the $16.58 million FIU bridge. For this project, FDOT acts as a pass-through for federal funding to be administered to FIU. The funding, most of which is federal, will be withheld indefinitely pending the completion of the NTSB investigation, Scott said in a press release.

“Today, I am directing FDOT to suspend all future payments of the more than $13.6 million in federal funding originally allocated for this project,” Scott said. “Before another dollar is spent on this bridge, we must know exactly what happened. FDOT is working hand-in-hand with the NTSB in its investigation and until this is completed, all taxpayer dollars will be withheld.”

To read the latest update from the NTSB on the FIU bridge collapse, click here. 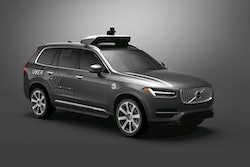 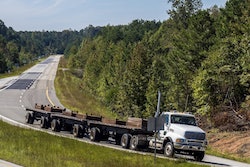