The Illinois Tollway has won Construction Industry Service Corporation’s 2017 Project of the Year Award for the $2.5 billion Jane Addams Memorial Tollway (I-90) Rebuilding and Widening Project.

More than 200 of those firms were identified as disadvantaged, minority- and women-owned business enterprise firms and veteran-owned businesses. The project employed about 650 construction workers, according to a tollway spokesman.

The award was presented February 9 during CISCO’s annual Pride in Construction awards gala in Schaumburg.

The award recognizes top quality union construction projects in six categories. The I-90 Rebuilding and Widening Project was selected as the top project in the infrastructure category because of its quality of construction, design features, safety record and positive impact on the community, according to CISCO Executive Director Dan Allen.

“The I-90 Rebuilding and Widening Project was a great team effort, and we are honored to be recognized by an industry group that promotes the workers who were instrumental in delivering this vital project for the region,” says Illinois Tollway Board Chairman Bob Schillerstrom.

“The success of the I-90 Project demonstrates the value the Illinois Tollway provides customers and communities through its investments in infrastructure – improving regional mobility and opening access that drives economic growth.”

(I-294) near O’Hare International Airport and I-39 in Rockford, as well as improvements to 16 interchanges and more than 100 bridges.

“We are proud to recognize the Illinois Tollway’s I-90 Rebuilding and Widening Project and its project team with this prestigious award,” says CISCO Executive Director Dan Allen.

“Our Board had the difficult task of choosing one winner in each category, but what put the I-90 Project over the top was its impact on economic development, attracting business expansion and relocations along the corridor. The I-90 Project perfectly illustrates that the union construction industry produces the best product anywhere in the world.”

The I-90 project is part of the tollway’s 15-year, $14 billion capital program, Move Illinois: The Illinois Tollway Driving the Future.

The I-90 corridor serves nearly 1 million travelers per day between Rockford and downtown Chicago via roadway travel and public transit, including CTA and Pace service, according to the tollway.

In addition, to the rebuilt roadway, the new I-90 features flexible infrastructure and technology that allows the tollway to add new “smart” features as needed.

It introduced the region’s first SmartRoad, communicating real-time roadway and traffic information to drivers and delivering a 21st century corridor. Additionally, the project accommodates Flex Lanes for transit and direct access for the public to Pace Bus service for the first time in the agency’s history, according to a spokesman for Illinois Tollway.

Improvements on I-90 are projected to save drivers up to 30 minutes on the average trip from Rockford to O’Hare Airport, tollway officials say.

It’s also projected to save drivers 27 minutes on the average trip from Elgin to the Kennedy Expressway. 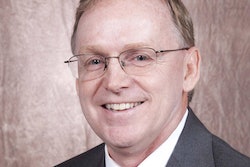 Parker tapped as 2018 chairman of NAPA 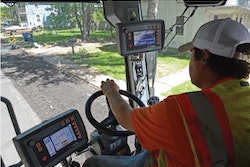 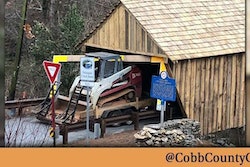