Crews began dismantling the old steel-cantilever truss Goethals Bridge January 15 by removing its middle span and lowering it onto a barge, NJ.com reports. It took a little more than eight hours to remove the middle span of the bridge, which runs between Staten Island and lower it onto a barge waiting 135 feet below in the Arthur Kill, according to Steve Coleman, a Port Authority spokesman.

Coleman told the news agency that the 350-foot long section of bridge was then transported to Port Newark for dismantling and scrapping. The 150 feet of bridge that remains on each side of the 650-foot bridge will be demolished throughout 2018 while the second span of the new bridge is completed in mid-2018.

The first of two spans of the new Goethals Bridge opened in June 2017. Since then, the approach structures on each side of the bridge had to be removed so the second new bridge could connect to the same abutments that the original bridge used.

The original bridge opened on June 29, 1928, on what would have been the 70th birthday of Major Gen. George Washington Goethals, who administered and oversaw the construction of the Panama Canal and was the Port Authority’s first consulting engineer. 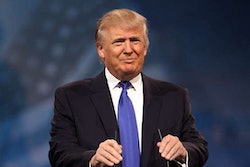 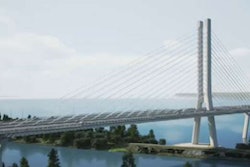