The group met with over 100 outside stakeholder organizations, the Trump Administration and leaders in Congress to develop bipartisan concepts to move an infrastructure plan forward to improve the nation’s highways, roads and bridges, transit and railways, ports and airports, water and sewer systems, energy systems and the power grid and broadband and communications networks.

“Our country became great because Americans dreamed big, built big, and made bold decisions,” says Rep. Esty in a press release. “Working together, we spanned rivers, electrified rural America, built railroads across the continent, connected cities thousands of miles apart with highways, and moved information faster than humans ever imagined possible. Those investments created millions of jobs, led to unprecedented mobility and innovation, and established America as the envy of the world. Today, millions of Americans see aging airports and rightly wonder if we’re still capable of tackling the toughest challenges our country faces in a bold, bipartisan manner. That’s why I’m proud to lead this effort with Congressman Katko and the members of the Problem Solvers Caucus to fix our country’s broken infrastructure and put people back to work. You cannot build a 21st century economy with a mid-20th century infrastructure. It’s time for infrastructure.”

“In Central New York and across the country, our infrastructure is crumbling,” says Rep. Katko in the press release. “Bridges, roads, and ports have fallen into disrepair and states and local municipalities are not able to plan for the long-term. I was proud to work in a bipartisan manner with Rep. Esty and members of the Problem Solvers Infrastructure Working Group to produce a comprehensive report detailing areas in which we can begin to work together to streamline processes and provide sustainable funding solutions. In doing so, we’ve signaled to President Trump, as well as leaders on both sides of the aisle in the House and Senate, that we are ready to work in a bipartisan manner to move our nation’s infrastructure forward.”

“It’s always better for the country when we act together,” says Reed in the press release. “The bipartisan policy solutions we’ve delivered provide Congress the building blocks necessary to craft a comprehensive infrastructure plan that both parties can agree to. We’ve paved a bipartisan path to get to ‘yes’ and look forward to working with key leaders in Congress to find the right mix of policies to create legislation that can, and should, be enacted into law as soon as possible.”

“Today, one-third of the bridges and tunnels in New Jersey are considered unsafe, and we have the 8th worst roads in the country,” says Gottheimer in the press release. “Too many of our pipes are filled with lead; many of our residents have no access to broadband, at all. Commutes are a disaster, and it’s ruining family time and crippling our economy. We can’t keep kicking this problem down the road. Today’s report details options for solving these problems, and it’s a good bipartisan starting point. It’s time to get a better ROI in New Jersey for our existing tax dollars. Under no circumstance can we increase gas taxes or tolls — or any taxes for that matter.” 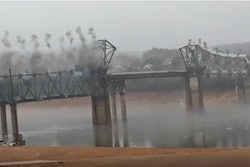 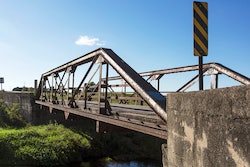 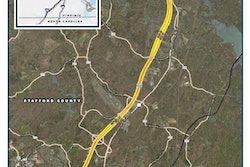 I-95 Express Lanes to be extended in Fredericksburg, Va.