A recent inspection of the Interstate 95 overpass in Augusta, Maine, revealed the structure had been heavily damaged by a large vehicle, and the state’s department of transportation wants help finding the culprit.

Sometime between September 1 and October 3, the driver of a vehicle with a heavy payload or a piece of heavy equipment smashed into the bridge, requiring the state department of transportation to replace the bridge at a cost of $3 million.

“The collision would have been very loud and would have sent reverberations through the surrounding highway structures,” the Maine DOT says. “It is possible that the vehicle may have pulled over and parked in the breakdown lane just north of the 109A overpass.”

The Main DOT asks the public to provide any information it may have on the incident in the hopes that it may recover the $3 million replacement cost, which will come from the state’s highway fund.

The Maine DOT has set up a detour at the bridge. The Portland Press Herald reports that the bridge has been struck many times over the years, and it will be replaced with a taller structure. 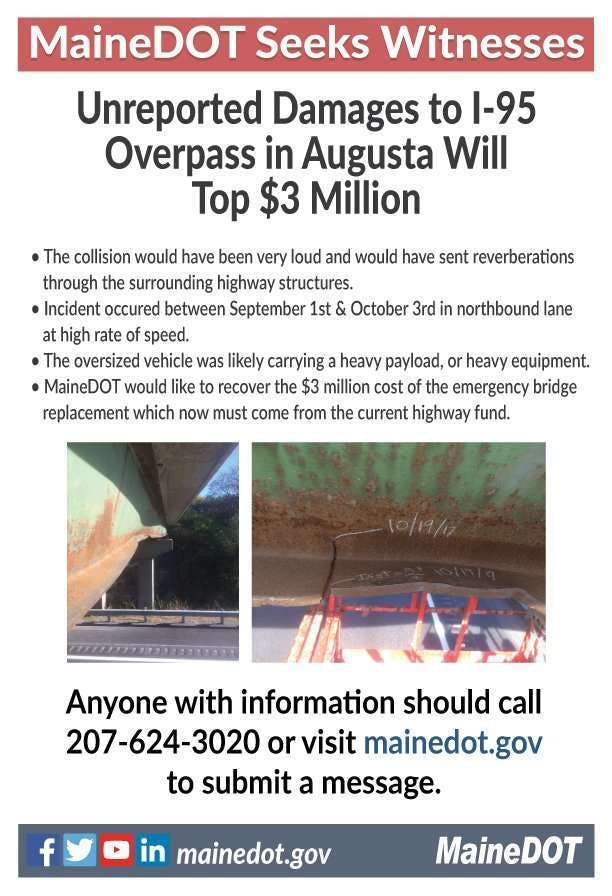 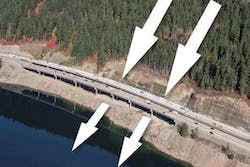 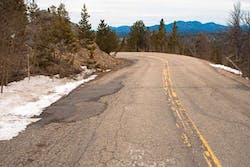 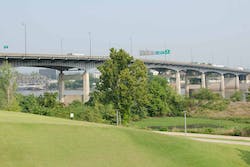