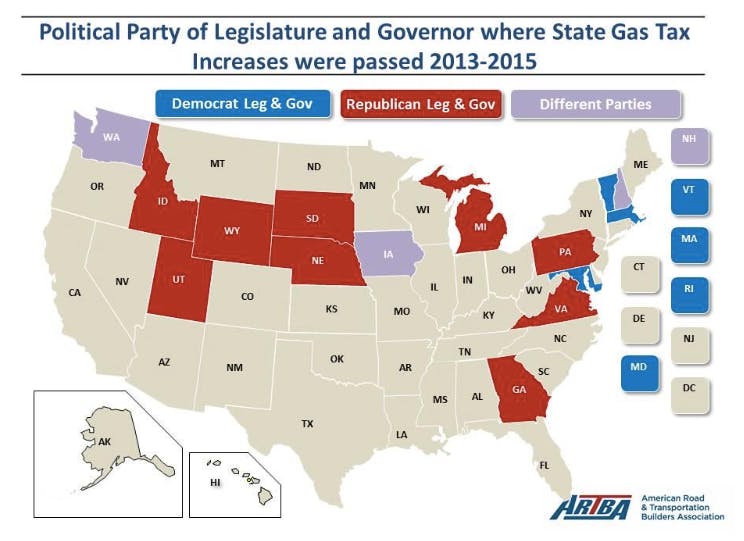 TIAC reviewed more than 2,500 state legislators in 16 states in the report, and found that 91 percent of those supporting legislation to raise state gas taxes from 2013 to 2015 who then ran for re-election, won during the next general election. ARTBA points out that 21 states have increased fuel taxes since 2013, including the four so far this year, including California, Indiana, Montana and Tennessee. 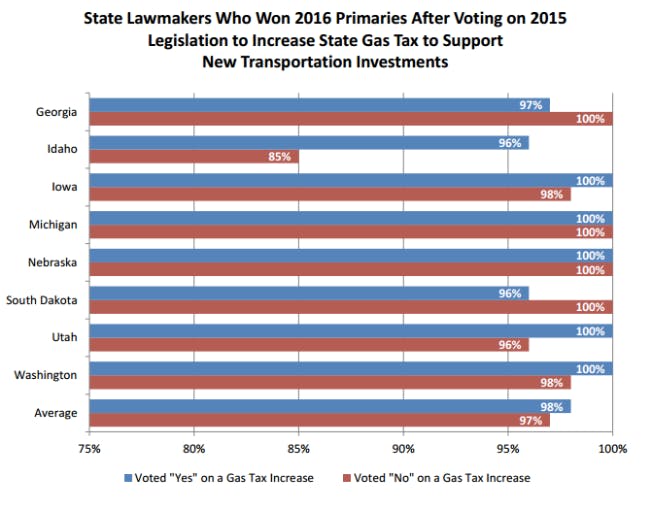 “The voters in these states understand that lawmakers are showing political will to increase resources for transportation investment. For the majority of these states, their gas tax had not been raised in over 15 years,” says ARTBA chief economist Dr. Alison Premo Black. “It is now up to Congress and the Trump administration to address the stability of the Highway Trust Fund, which provides revenue for over half of all state highway program capital outlays.”

TIAC also reports in reviewing the 2016 primary elections in the eight states that passed gas tax increases, 98 percent of lawmakers from both parties who approved the hikes and ran for their seat in a primary moved on to the general election. Ninety-seven person who voted against the increases moved on—a statistical tie. 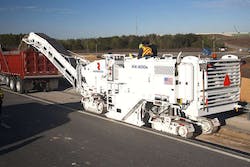