Transportation project highlights of the budget include:

This includes $100 million for Round II of the Downtown Revitalization Initiative, which was created last year to support transformative housing, economic development, transportation and community projects to attract and retain residents, visitors and businesses to downtowns. The first round awarded $100 million last year to ten communities experiencing population loss or economic decline to develop revitalization plans for their downtown area, developed in collaboration with policy and planning experts.

The budgets calls for investing $700 million toward the $1.8 billion plan to realize the reconstruction of the Bruckner-Sheridan Interchange.

The budget invests $270 million to construct the Kosciuszko Bridge Phase II, which is a new westbound (Brooklyn-bound) main span. The state is replacing the 77-year-old bridge with two new bridges, one Queens-bound and one Brooklyn-bound.

The budget supports the acceleration of the $150 million reconstruction project to build the Town of Woodbury Transit and Economic Development Hub. The project, which will create nearly 600 jobs, aims to overhaul a highly congested corridor that feeds the Woodbury Common Premium Outlets.

An additional $130 million in new transportation funding is included to accelerate the reconstruction and elevation of a segment of the Nassau Expressway (Route 878) in Nassau County. The planned work is designed to mitigate flooding and improve existing drainage in order to enhance the safety and reliability of this section of road that carries 56,000 vehicles each day and serves as an Emergency Storm Evacuation Route for more than 400,000 people.

New York’s 2018 budget has steps included with the purposed of creating a new Office of Inspector General of New York for Transportation with the purpose of investigating and prosecuting “any criminal unethical actions as it pertains to senior level officers and employees of transportation entities.”

These transportation entities are defined as “a public entity located within a city of a population of one million or more involved in the transportation of persons, goods or other items within or to and from the state where at least one individual involved at a senior level in operations, financing or management of such entity is appointed by the governor.”

This new inspector general office will be able refer its findings to other “investigatory or prosecutorial body” and provide public reports on its findings. 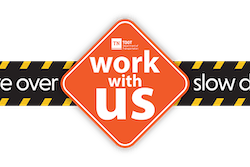 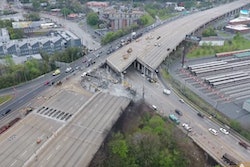