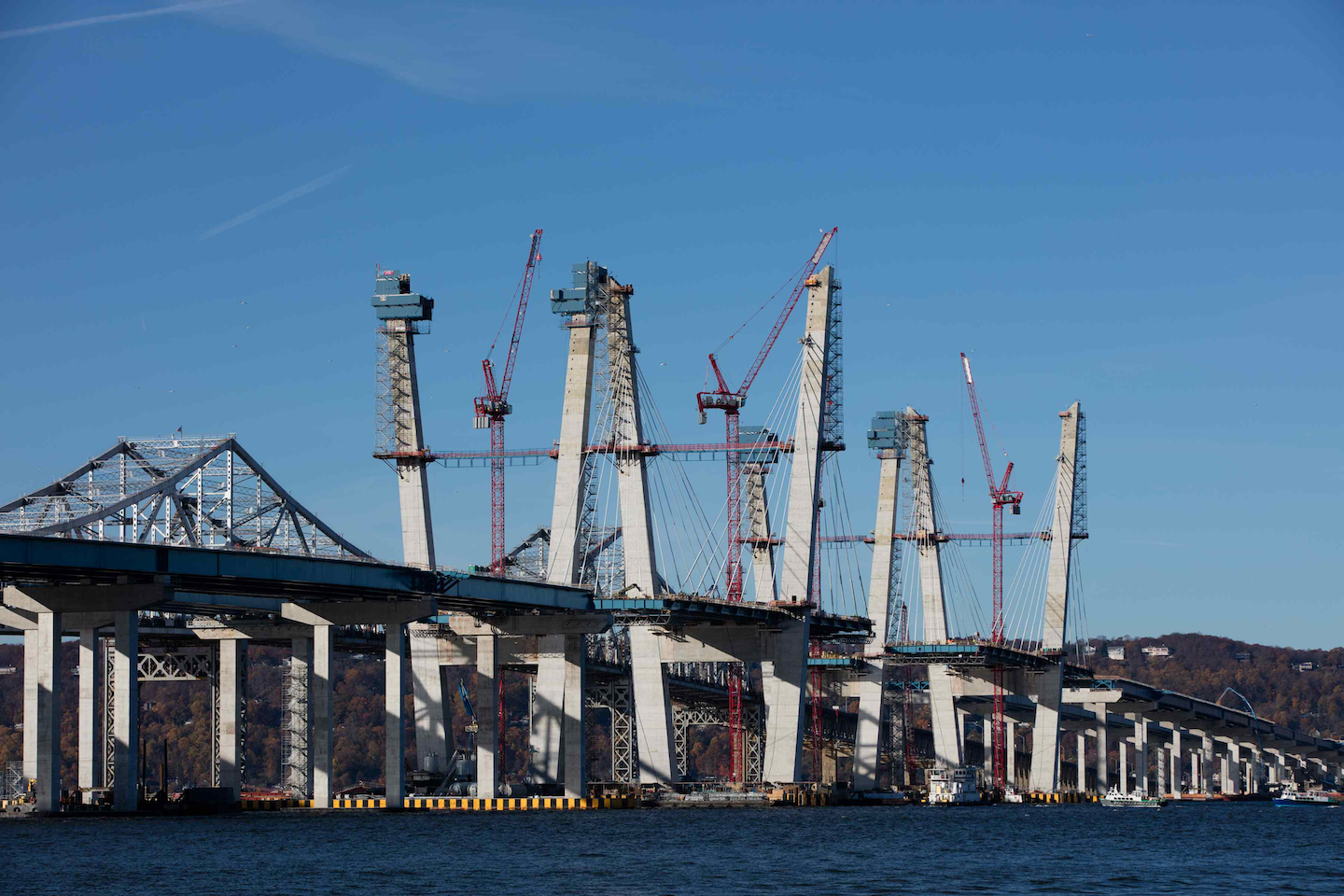 A construction worker injured his ankle when he fell while working in a hard-to-reach area under the span of the new Tappan Zee Bridge April 7, the lohud Journal News reports. The man, whose identity had not been released, was installing electrical systems in a catwalk at Pier 38 on the Westchester side of the new bridge. He was rescued and transported to nearby Nyack Hospital a little more than an hour later.

Firefighters from Rockland and Westchester counties, along with technical rescue teams from Westchester County and Greenburgh, and marine units, including one from the Rockland Sheriff’s Office, responded to the call that came in just before 12:15 p.m. Sheriff’s Chief William Barbera told the news agency that the sheriff’s boat responded as a back-up “as a precaution in case someone fell into the water during the rescue.”

“His location made rescuing him difficult,” Trooper Michael Cassella told the news agency Friday afternoon. “He was working 24 feet below the roadway. It took some time, but emergency personnel were able to get to him. He’s responsive, conscious and in good spirits.”

Tappan Zee Constructors spokesman Damien LaVera told the news agency that the response was “a routine and precautionary step taken consistent with our standard safety protocols,” adding, “We appreciate the swift and professional response by the local first responders.”