A report released by the American Road and Transportation Builders Association (ARTBA) on Feb. 15 lists Pennsylvania as second among the states with structurally deficient bridges. In effort to bring that number down, PennDOT is planning to replace 20 bridges in Lancaster County in 2017 at an average cost of $1.59 million apiece, Lancaster Online reports.

“We’ve been chipping away at it. We’re better off than we were a decade ago,” PennDOT spokesman Greg Penny told the news agency, adding that the bridge replacements are part of PennDOT’s Rapid Bridge Replacement Project, which aims to replace 558 structurally deficient bridges between 2016 and 2019. Penny said there were 31 bridges in Lancaster County on the list for replacement. Three were replaced in 2016 and, with 20 scheduled for replacement in 2017, eight would still need to be replaced in 2018.

The Rapid Bridge Replacement Project was launched after Act 89 became a law in 2013 giving PennDOT $898 million to award in bridge replacement contracts to Plenary Walsh Keystone Partners in a public-private partnership.

“We were getting to a point where we might not be able to keep it up. Act 89 gave us a shot in the arm,” Penny told the news agency. “We’ve been able to continue to address the backlog of bridges that were structurally deficient.”

U.S. Congressman Lloyd Smucker (R) said Pennsylvania’s aging and deficient infrastructure has been a long-standing problem. “We were well aware of it in the Pennsylvania State Senate and took steps to help solve the problem with Act 89,” he told the news agency in an email. “The president has made infrastructure one of his priorities, and I look forward to working in Congress to provide for and encourage investments in our infrastructure that will support local and national economic development and create jobs.”

“Just because a bridge is classified as structurally deficient doesn’t mean that it’s not safe. If a bridge isn’t safe, we close it,” Penny told the news agency, adding that the number of structurally deficient bridges is constantly changing as some bridges are repaired/replaced and removed from the list, while others are added. “It’s still a daunting task with the number of bridges that we have” he said. “The key is to be able to do more repair and replacement to keep ahead of that.” 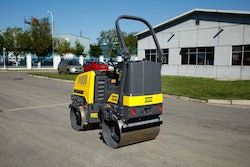