The data is from the most recent Traffic Volume Trends reports, which showed 263.6 billion miles were driven in December last year, an increase of 0.5 percent compared to the same month in 2015.

The top region for December traffic was the West, which is made up of 13 states from California to Montana along with Hawaii and Alaska. This area increased the most at 2.9 percent in unadjusted vehicle miles travelled. FHWA says mileage dropped in the Northeast and North Central states.

California led all states with the most miles driven in December, at 33.9 billion, which was slightly more than 22 other states combined.

Louisiana had the largest unadjusted single-state traffic percentage increase at 5.8 percent, compared to December 2015. Utah was second at 5.2 percent, followed by Nevada at 5.1 percent. North Dakota actually dropped by 6.2 percent, the largest single state decrease and the 10th monthly decline in a row for the state. 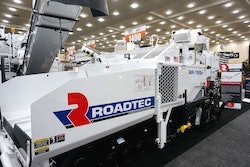