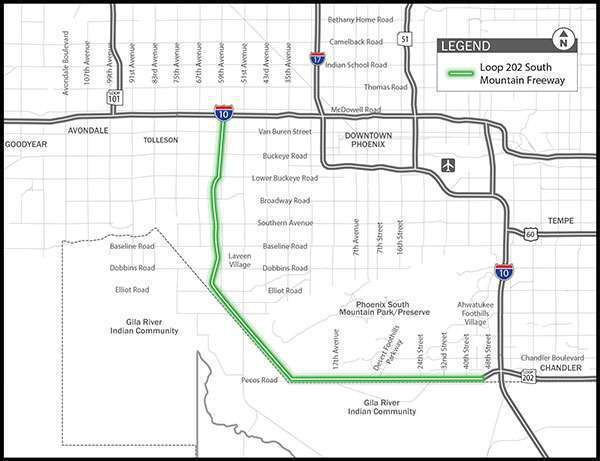 Work can now proceed on the South Mountain Freeway “while an appeal by freeway opponents is pending before the 9th Circuit in San Francisco,” says the Arizona Department of Transportation (ADOT). This is the fifth time a court has rejected attempts to stop the project.

“The Arizona Department of Transportation and its partners are moving forward with construction of a freeway that will improve the quality of life in this region, connecting people with employment centers and providing a much-needed alternative to a strained Interstate 10 through downtown Phoenix,” ADOT Director John Halikowski says.

The U.S. District Court in Phoenix denied a motion for an injunction in October, which was preceded by the court’s decision in August “granting the motions for summary judgment by the Federal Highway Administration and ADOT, concluding that the agencies complied with federal law in moving forward with the project.”