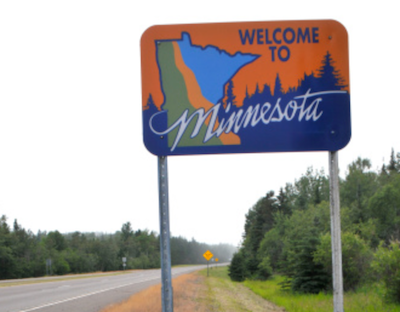 The Minnesota Department of Transportation (MnDOT) has released the final versions of its 20-year policy and highway capital investment plan, which indicates $39 billion will be needed over that 20-year period, as well as statewide multimodal plan.

MnDOT’s Minnesota State Highway Investment Plan finds there will be an $18 billion “gap between system needs and revenue” over that time period. Over the first 10 years of the plan the gap is $6 billion, but will reach $12 billion in the second decade.

“Much of the system was originally constructed during the buildout of the interstate system between the 1950s and the 1980s, and is now reaching the end of its service life,” says MnDOT Commissioner Charlie Zelle. “It will require increased capital investment and additional maintenance in the years.”

The plans was last updated in 2013 and directs the capital investment efforts in the state for the next 20 years, with a focus on “maintaining the state highway system and making limited investments to improve travel time reliability.”

“This updated investment direction continues a shift at MnDOT from building to maintaining the state highway system,” Zelle says. He stresses the condition of the system is expected to deteriorate over the next two decades.

The updated plan calls for the strengthening of the relationship between transportation planning and land use decisions. “The plan emphasizes the importance of considering the full context for transportation decisions, including the effects on man-made and natural environments,” MnDOT reports.

The plan also calls for broadening the “diversity of the transportation industry” in addition to providing for “more open and inclusive decision-making process that advances equity for low-income communities, communities of color and persons with disabilities.”

MnDOT’s plan also calls for more efforts to “reduce the negative environmental impacts of transportation, such as setting a target for greenhouse gas emissions consistent with the Minnesota Next Generation Energy Act.”

“With these plans, MnDOT reaffirms our commitment to the Minnesota GO vision of a transportation system that maximizes the health of people, the environment and our economy,” Zelle says. “Since adopting the first multimodal plan in 2012, we’ve made progress toward the vision, but we are not there yet.”

Both plans are available at www.minnesotago.org.