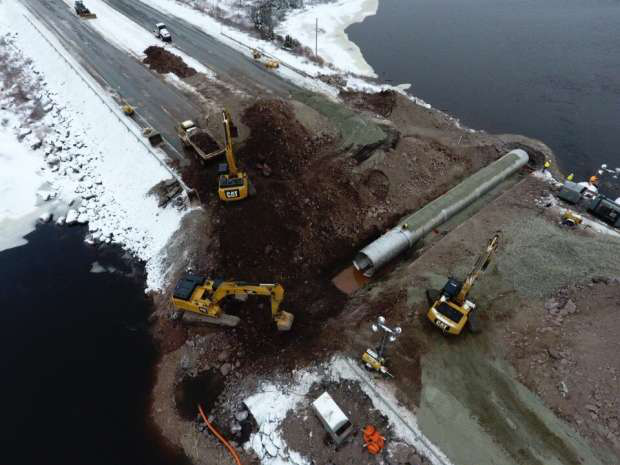 The Newfoundland Department of Transportation and Works closed the highway Dec. 31 after a culvert failed and a sinkhole opened up in the roadway. The news agency reports that, immediately after the road was closed, acting transportation minister Eddie Joyce estimated that the road would reopen within a week.

That was good news for those commuters who were detoured through Holyrood, which added hours to the drive time and caused constant traffic congestion.