Pennsylvania has launched 511PAConnect, a text message and phone alert system designed to update motorists in an affected area about road closures due to accidents or weather events.

The system is the first of its kind in the state that links “directly to a targeted group of travelers who are being impacted by, or who are approaching, a large-scale emergency.”

“People being stuck on roadways due to an accident isn’t a new problem, but we’re using modern technology to keep motorists informed about the status of accident cleanup and highway reopening,” says Gov. Tom Wolf. “This connection with motorists will also allow us to have a clearer picture of who is sitting in a vehicle and where they are, so we can better plan for the use of our resources.”

When personnel from either the Pennsylvania Department of Transportation (PennDOT) or the Pennsylvania Turnpike determine a “long-term closure,” they will notify the Commonwealth Watch and Warning Center at the Pennsylvania Emergency Management Agency (PEMA). Personnel there will then issue an alert to motorists in the area. It’s the same alert system law enforcement uses to issue Amber Alerts.

“This system will only be used for emergencies that will last for a sustained period,” says PEMA Director Richard D. Flinn Jr. “It is important for motorists to recognize that the system will only work in areas with cellphone service, and that this is not a substitute for calling 9-1-1 if you have an actual emergency in your vehicle.” 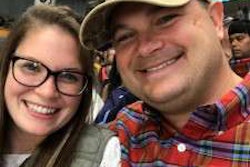 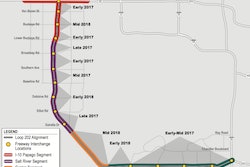 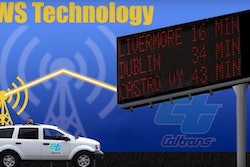