Yucca Loma Bridge in Calif. set to open May 2017 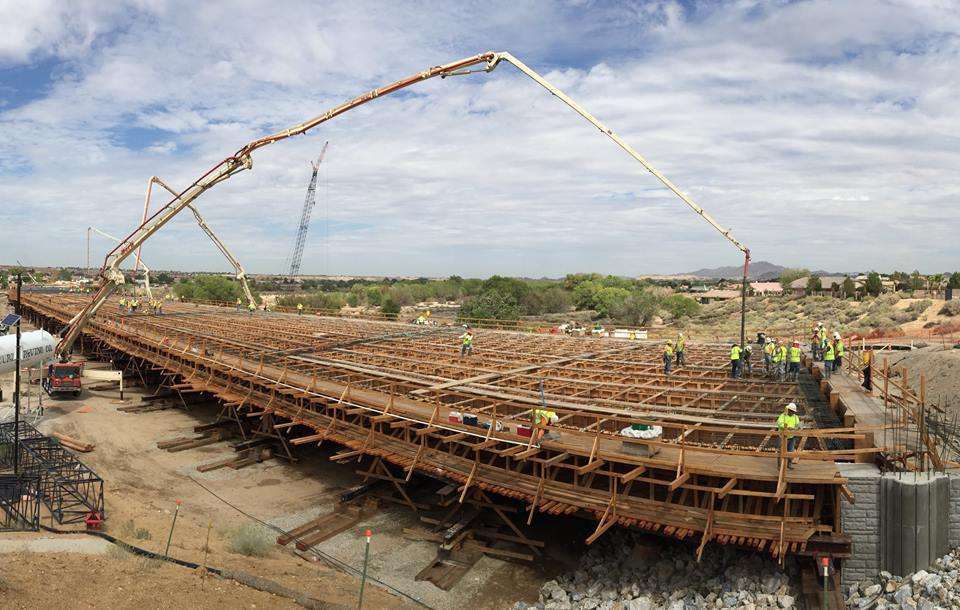 Apple Valley (Calif.) officials have tentatively scheduled a date for the opening of the Yucca Loma Bridge over the Mojave River. Town spokeswoman Kathie Martin told the Daily Press the bridge will open to traffic nearly two months ahead of schedule on May 22, 2017, with a ribbon-cutting ceremony and community bike ride scheduled for May 19 and May 20, respectively.

“Of course, this is a major construction project,” Martin told the news agency. “There could still be unforeseen issues that impact the schedule, but we are working toward that date as of now.”

Several factors sped up construction, including the use of an alternative material for the storm drain, Martin told the news agency. “The bid originally called for a product that is cast in place, and which then has to cure. The contractor, Riverside Construction, suggested rectangular precast concrete sections. They are just set in place and connected, which takes much less time.”

However, construction of the Yucca Loma Corridor is not yet over. According to the news agency, in November 2016, the Victorville City Council approved additional work related to the final design of a $45 million Green Tree Boulevard Extension project that will create a third arterial connection to Interstate 15 via the Yucca Loma Bridge. Construction on this project is expected to begin in late 2018.