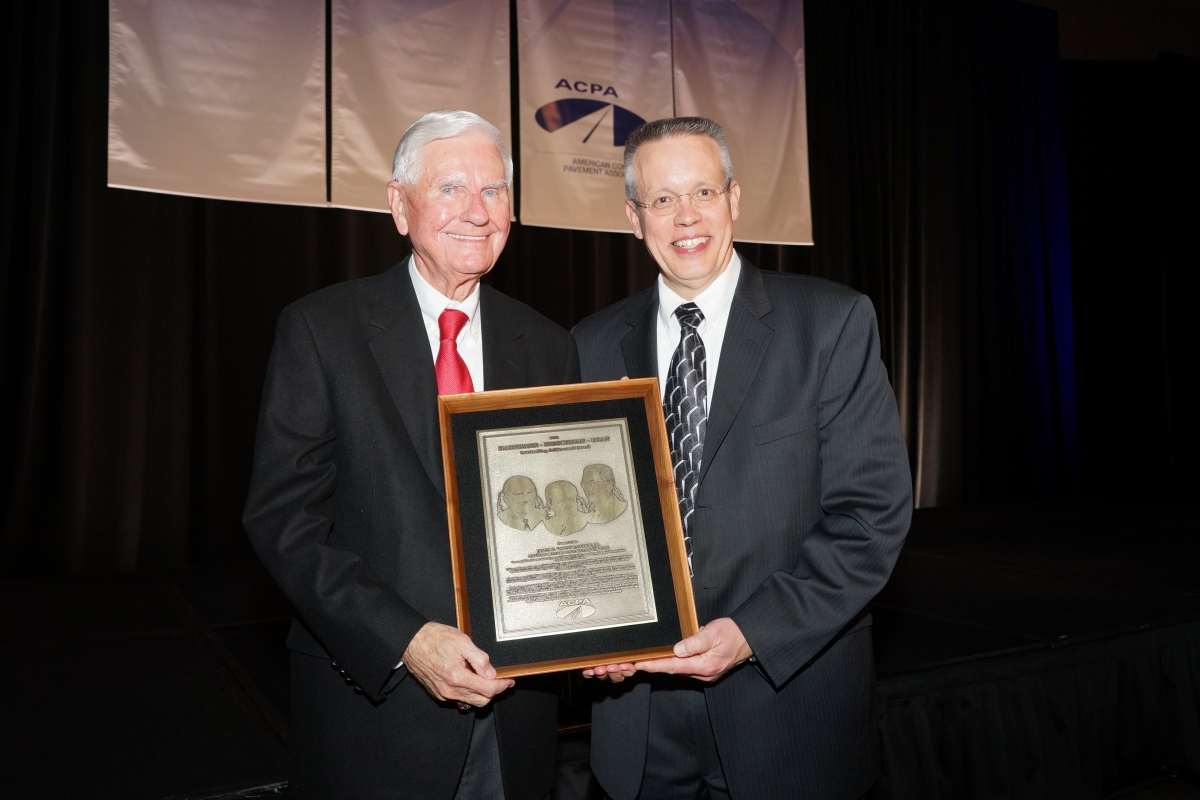 ACPA presents the award annually to individuals or organizations for “unparalleled, long-term commitment, dedication, participation, and leadership in the concrete pavement community.”

“It is a privilege that our association enjoys when it highlights the most affective and influential people in our industry. Mr. Pitcock will forever be on the list of Hartmann-Hirschman-Egan recipients, which started in 1968 with the first award going to Jimmie Johnson, inventor of the slipform paving machine. We are extremely pleased to shine a light on Mr. Pitcock’s achievements within the concrete paving community” stated Gerald F. Voigt, ACPA president & CEO.

ACPA says it recognized Pitcock for his leadership in the transportation-construction industry, as well as leading one of the largest concrete paving contractors in the country.

Along with Claude and John Williams, Pitcock founded Williams Brothers Construction Company in 1955, and since that time has served in multiple volunteer leadership positions, including national president of The Associated General Contractors of America, and president of the Texas Highway Branch of the Associated General Contractors for two terms.