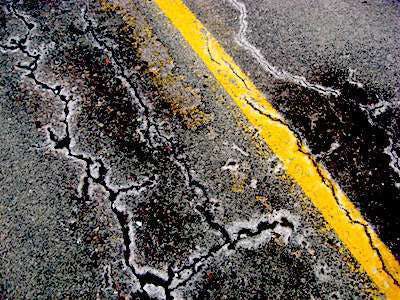 “Our roads have suffered the effects of extreme loss of rainfall throughout Mississippi,” says MDOT Commissioner Tom King, Southern Transportation District. “Our biggest problem is large cracks in the asphalt that are becoming a hazard for the traveling public.”

The problem is the soil. Mississippi has three types of clay soils, which change with wet and dry conditions and present challenges to MDOT during construction and maintenance.

One type of clay in the state, Yazoo, can expand when wet to take up 400 percent more space than it does at normal moisture levels. Conversely, as it loses moisture, it contracts. This latter reaction creates voids underneath asphalt. The drier the clay, the larger the void, and eventually weight stresses from above will cause a crack at the void.

Exacerbating the shrinking effect are the multiple trees the state planted alongside the highways, as their roots draw up more moisture from the soil to sustain themselves.

“As the trees reach further for water during extreme drought, the close proximity of trees to the roadway combined with expansive clay soils accelerate the shrinkage of the underlying roadbed materials,” says MDOT Executive Director Melinda McGrath.

To alleviate such problems in the future, the agency plans to assess the extent of the void problem in order to develop long-term repair solutions.

“We already know it will take more than simply placing a lift of asphalt to repair most highways,” McGrath says. “Severe weather events such as droughts and ice storms prematurely age pavements forcing MDOT to alter the three-year paving schedule to repair damages.”

The department currently considers extreme weather conditions when designing projects and use the following strategies as part of the process:

“Droughts are beyond MDOT’s control and unpreventable,” says Commissioner Mike Tagert, Northern Transportation District. “Even though we can’t predict or stop a drought, we do take necessary, preventative measures to protect our highway system and keep the traveling public safe.” 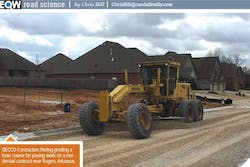 For paving site preparation, mix of tech, thorough planning and communication save a lot of hassle