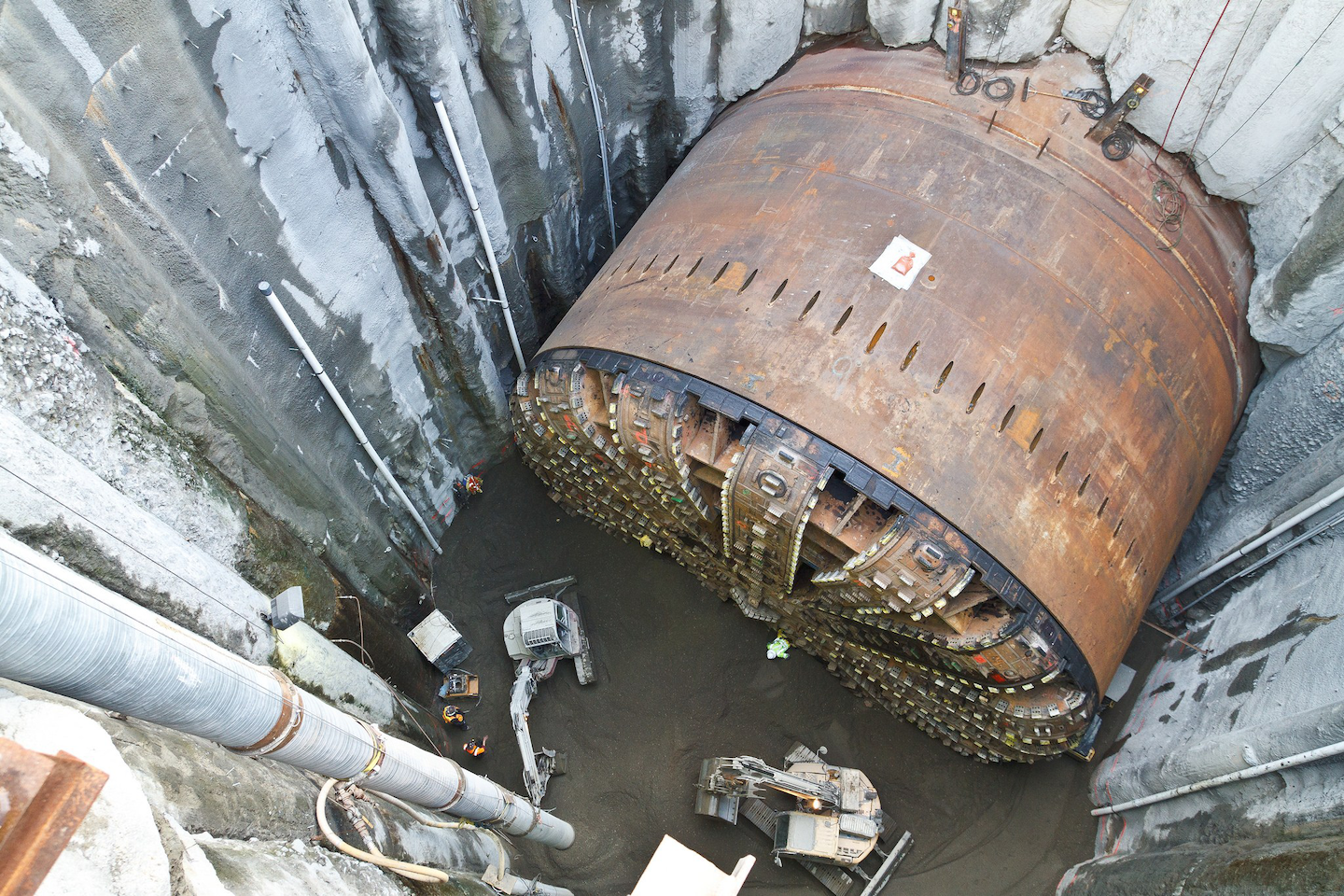 Crews working for Seattle Tunnel Partners fill in the pit used to access and repair Bertha, the SR 99 tunneling machine on Dec. 14, 2015. Sand was delivered into the pit through the flexible pipe on the left, and was then spread out and compacted by crews inside the pit. Photo credit: WSDOT via Flickr

Bertha, the largest tunnel-boring machine in the world, has made it past the halfway point of its 9,270-foot journey beneath Seattle to create a tunnel for State Route 99. 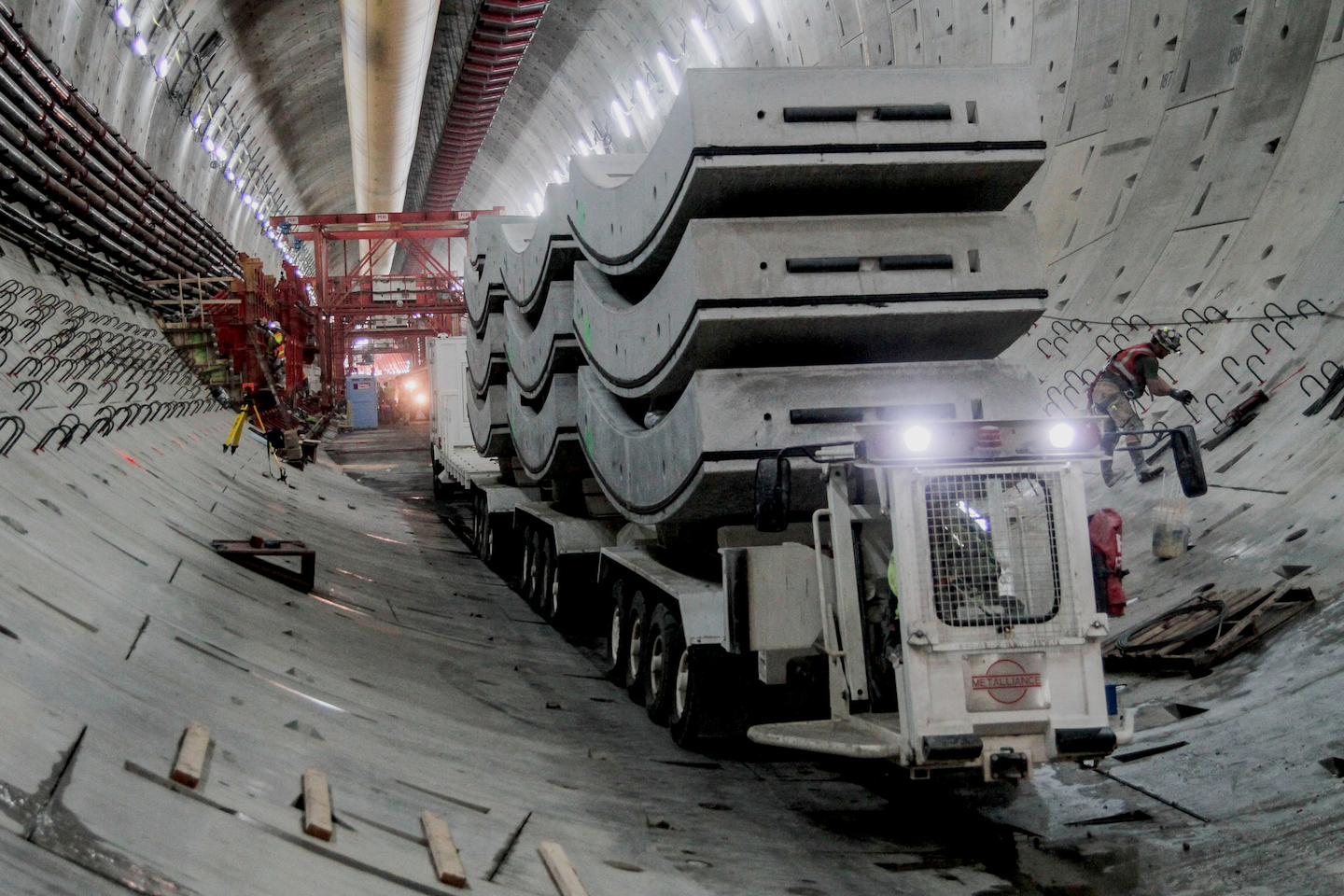 A truck carries 10 tunnel liner segments into the SR 99 tunnel. The segments weight 360,000 pounds and will add up to one complete ring of tunnel lining. Photo credit: WSDOT via Flickr

The tunnel will replace the Alaskan Way Viaduct and is expected to open to traffic in early 2019, according to the Washington State Department of Transportation. This is roughly three years later than the original projected completion date, as the project has been slowed in part due to mechanical issues with Bertha.

The contractor, Seattle Tunnel Partners (STP), has been able to coax the machine into tunneling roughly 3,000 of its 4,635-foot progress since the end of April. It is about 190 feet below First Avenue between Pike Street and Pine Street.

“This program turned a corner earlier this year,” said Secretary of Transportation Roger Millar. “We’re now closer to the end of the tunnel than we are to the beginning, and everyone on the team is working toward the day when the machine comes out the other side.”

STP will soon stop Bertha’s progress for routine maintenance work, which will include inspection of the machine components and replacement of the cutterhead tools. This break would last roughly one month. STP also estimates it will end the tunneling work next summer, which would then be followed by tunnel interior structures and installation and testing systems all completed by late 2018. 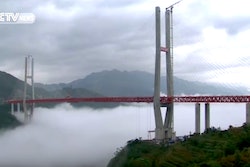 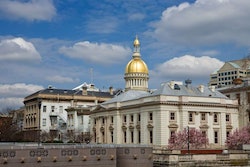 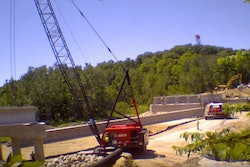