Flooding damage to West Va. roads at $47 million and rising

The West Virginia Division of Highways (WVDOH) reports damage to roads in the state resulting from recent flooding has reached $46.86 million, affecting roads in 19 counties. The agency expects the damage total to rise as it surveys more areas.

“There are some roads that will have to be totally rebuilt and several bridges that need replaced,” says West Virginia Secretary of Transportation Paul Mattox. “With more than 150 roads damaged by these storms, it will take some time to effectively make these necessary repairs.”

WVDOH reports more than a dozen contractors were hired to repair major routes and access to communities. Its own crews have been mobilized to help remove debris and slides from roads, stabilize embankments/shoulders and clear other areas include ditches and culverts. The agency is also working on contracting other repair projects. 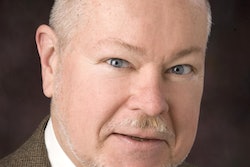