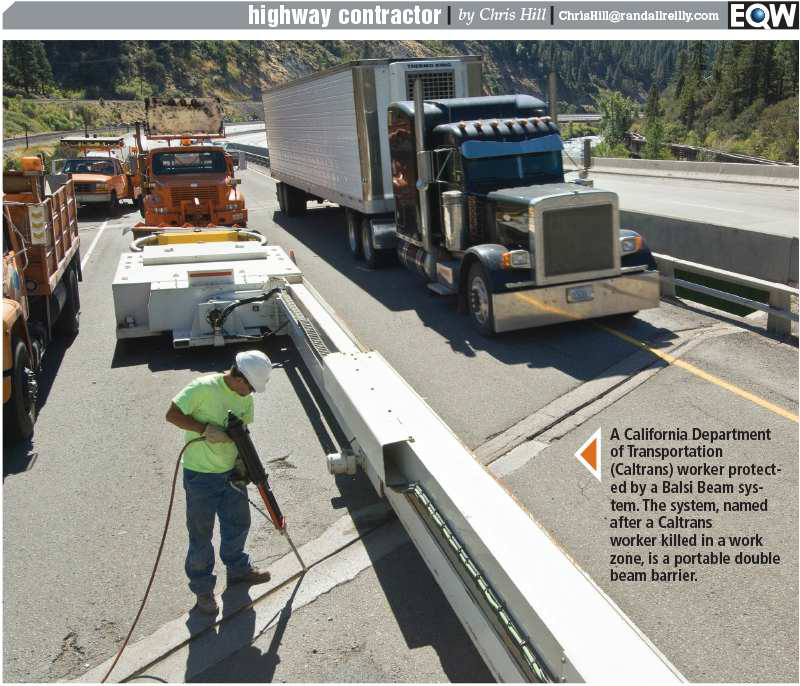 Construction work zones are some of the most brightly designated areas along roads and highways, even rivaling the ubiquitous billboard. Unfortunately, that visibility hasn’t stopped accidents in what the public assumes is a cordoned-off haven.

In 2014, 116 workers deaths occurred in road construction sites, according to the latest figures available from the U.S. Bureau of Labor Statistics’ Census of Fatal Occupational Injuries. The average yearly worker death figure is 121 over a 10-year period, from 2005 to 2014.

Distracted driving gets much of the blame for work zone accidents, since motorists have multiple attention-getting options in their vehicles. In fact, that variable is the focus of many national and statewide awareness campaigns. This year’s theme for 17th annual National Work Zone Safety Awareness Week was “Don’t be THAT driver: Work on Safety. Get Home Safely. Every Day.” That driver, as the campaign describes via silhouette imagery, is the driver who texts, eats, puts on makeup or has a bout of road rage.

Awareness campaigns, signage and fines for distracted driving can only do so much in minimizing work zone deaths and accidents. To help with this battle, the industry is turning to advanced systems featuring much of the technology behind the very things that distract so many drivers.

One of the core elements of the Federal Highway Administration’s (FHWA) third round of the Every Day Counts (EDC-3) program is the Smarter Work Zones (SWZ) initiative. The goal of the initiative is simple: coordinate projects to minimize the impact of work zones and use technology applications to manage traffic in the work zone area. FHWA hopes the result is fewer disruptions to traffic, faster project completion times and improved safety in work zones.

The initiative offers a series of webinars, training resources and other tools and will put on field demonstrations in the coming months. The National Work Zone Safety Information Clearinghouse serves as the central location for these efforts, located at Workzonesafety.org/swz.

The project coordination arm of the SWZ efforts essentially strives to promote project planning and communication between local agencies that would have jurisdiction in a project area. Officials believe this coordination would eliminate a number of problems, such as last-minute realization of negative impacts of a project such as traffic disruptions.

Agencies wanting to  participate should review both the best practices of other agencies and “review their own practices to identify strengths and weaknesses,” says FHWA Office of Operations Work Zone Program Manager Jawad Paracha. 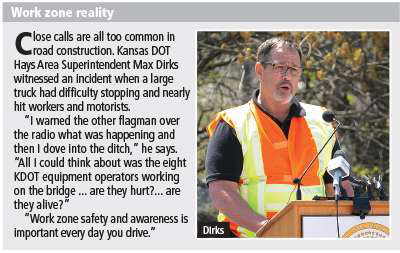 As broad-based as this sounds, the initiative has set a timeline of December this year for 25 state DOTs to incorporate these strategies into documentation and processes. It also seeks to have five state DOTs volunteer for pilot tests of the Work Zone Impact & Strategy Estimator (WISE). This software app uses traffic data to help estimate a project’s impact on traffic over a long-term period.

FHWA is seeking a streamlined process for using work zone Intelligent Transportation Systems (ITS) technologies to minimize traffic impacts. Paracha explains: “We want it to be well documented so that it becomes standard practice in the agency.”

Several states and municipalities already are incorporating effective project coordination and technology applications, according to FHWA. The Michigan DOT, for example, has developed a tracking process as a response to delays on I-94 caused by multiple work zones. Their focus had been on project deadlines, but to move to a better overall project coordination, they began tracking the impact on traffic long the entire I-94 corridor and involving other agencies and private industries in the process.

The Iowa DOT launched its Traffic Critical Projects program as a means of addressing traffic flow disruptions and improving safety. The initiative identifies work zones that need improved traffic management plans, which would include work zone ITS, changes in construction hours and traffic incident management plans. ITS equipment used in work zones includes cameras to monitor traffic conditions through a remote operations center. If an accident occurs in a work zone, dynamic message signs are used to communicate the incident to motorists, followed by notifications to first responders and traffic re-routing as identified in the traffic management plan. Iowa DOT and the Iowa State University Center for Transportation Research and Education are also working on tools to analyze data collected by the current system.

Planning and coordination efforts hit the big picture objectives, but the crux of keeping workers safe lies on technologies at the ground level. Two projects currently at the research and development stage could potentially offer direct impacts directly in the work zone.

Virginia Tech professor Tom Martin, who researches wearable technology in his role at the university’s Bradley Department of Electrical and Computer Engineering, is working on a project dubbed the InZoneAlert vest. Sensors in the vest would alert a worker when a vehicle comes in close proximity. Conversely, the driver of the vehicle would be alerted if it they were close to striking a worker, much like current collision avoidance systems. “We’ve been working on trying to figure out the best method to actually provide the warning to the worker themselves,” Martin says.

Testing for the car side of the project involves driving a vehicle near vest sensor on the dedicated smart road test track at the Virginia Tech Transportation Institute. For the worker side, Martin and his students placed individuals wearing the vest in a lab and asked them to conduct physical and cognitive tasks. Then the subjects were exposed to loud noises and flashing lights while working on their tasks.

“To the extent that we can in a controlled environment, we try to recreate the mental situation you would have on the roadside,” Martin says. “And this is just a first pass trying to figure out what’s the right sort of approach to put something in the vest. We’re also looking at lights, sounds and vibrations in vests as the best means of alerting a worker.”

Martin says the application is ready, but what’s missing is the critical mass of cars with the receivers to make it work. “We’re looking out four or five years when forecasts show that most of the cars deployed at that time will have these collision avoidance systems in them, using GPS and dedicated short range communications systems. The idea is to leverage that technology to provide some additional safety to the workers on foot.”

Autonomous vehicle technology isn’t at a critical mass, but it has been developed enough to be used as a potential life-saving application through truck-mounted attenuators (TMA).

TMAs are not new to work zones; they use what are essentially giant shock absorbers on the back of truck, designed to take the brunt of a vehicle strike. They’ve been helpful in reducing the severity of work zone crashes, including reducing deaths, but they are inherently dangerous to one particular person – the driver.

Royal Truck & Equipment, based in Coopersburg, Pennsylvania, has developed an autonomous TMA (ATMA) using driverless technology from Micro Systems in Fort Walton Beach, Florida. This ATMA is a “leader-follower” system, with the driverless vehicle, mounted with the attenuator, following another manned vehicle.

“Imagine being the driver of a truck that’s meant to be crashed into,” says Strategic Account Director Andrew Roberts. “It’s not the most enticing job. It’s hard, especially after there have been hits or someone has been hurt, to get these drivers back behind the wheel of one of these trucks. The idea here is to remove the driver from that situation.”

Roberts says real world testing for the vehicle is scheduled this summer with a construction firm based in Europe on a six- to seven-mile stretch of road outside of London.

“This company has a research and development wing that wants to stay on the cutting edge,” Roberts says. “They also have a personal interest related to a fatality within the family of the company leadership who was killed in a work zone. Basically their feeling is if that technology had been available, the death could have been avoided.”

Royal Truck also is working on setting up testing the technology with state departments of transportation. A previously announced pilot program with the Florida Department of Transportation has been put on hold due to agency priorities, but Roberts is periodically meeting with other agencies across the country, as well as having discussions with FHWA.

“There is a good chance that this may be the first fully autonomous vehicle that makes it on the roadway legally, because it has a low speed of 5 to 10 mph, it’s in a semi-protected environment, and the application is safety related,” Roberts says.