The American Road & Transportation Builders Association is advocating for its members and other groups and individuals involved in transportation construction to voice support for a permanent solution for supporting the Highway Trust Fund to be part of tax reform proposals coming from the House Ways & Means Committee.

ARTBA says Highways & Transit Subcommittee Chairman Sam Graves (R-Missouri) and Ranking Member Eleanor Homes Norton (D-Washington, D.C.) have issued a letter asking for such a solution. It expects a proposal to come from the committee next month.

Due to that timeline, the association is recommending individuals contact their member of the House before May 20, indicating any communication should including the desire for their representative to “support ending the Highway Trust Fund gimmicks and short-term patches by signing the Graves-Norton letter.”

ARTBA has an email form on its Grassroots Action Center  including pre-filled text for the request.

Future funding for America’s highway/transit programs remains unclear since the FAST Act did not provide a permanent solution for the Highway Trust Fund (HTF).

“Simply put, if the HTF is unable to make payments to states, projects will be halted, improvements to road safety and congestion will be jeopardized, and America’s infrastructure will fall behind the rest of the world. This would put our businesses – and the American worker – at a significant disadvantage in the competitive global economy,” Graves-Norton write.

Please respond to let me, and my company, know that we can count on your signature. Thanks. 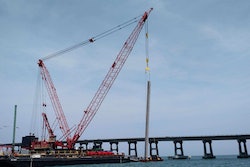 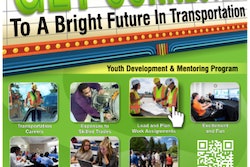