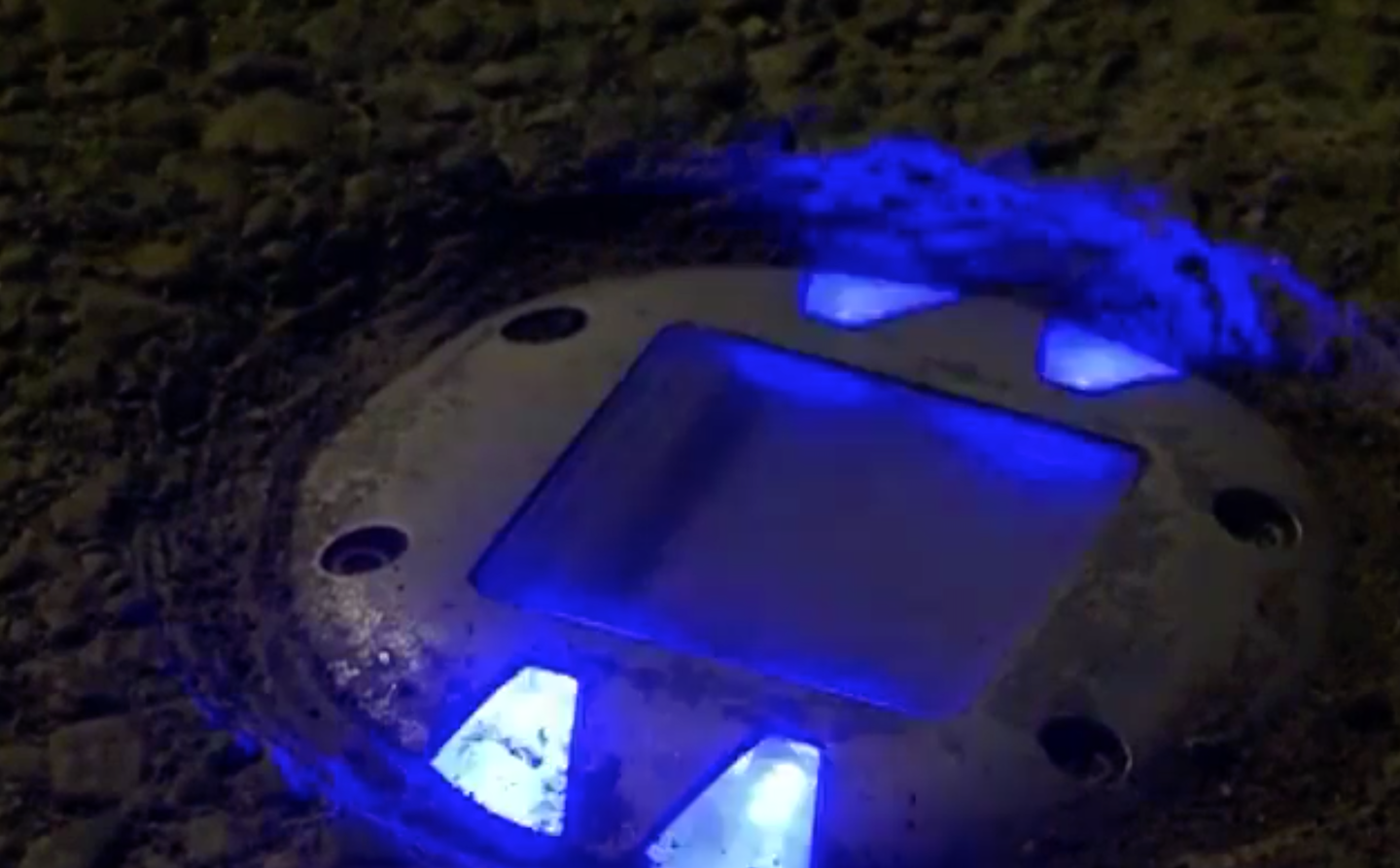 A staffer for Republican presidential candidate Ben Carson died after a wreck on an icy Iowa road last week, but the state is testing a new tool that could help to curtail similar wrecks in the future.

KCCI reported the Iowa Department of Transportation is the first DOT in the country to test a new warning system called PATeye. The system involves small, raised solar-powered sensors installed in the road that would flash blue when the temperature is 32 degrees or lower and moisture is present in the air.

According to a document from manufacturer SolarBright, the PATeye sensors use “sensors and software to predict the presence of ice on the road through the analysis of the formation of frost on the PATeye itself.”

As you can see in the video below from 2013, the original design of the sensors was similar in size to the common yellow reflector studs that currently mark highway lanes everywhere. However, the sensors IDOT is currently testing, seen in the photo above, are a bit different: a round design which sits lower in the asphalt.

“Anything that we can do to prevent crashes, ice-related crashes, is our goal,” Iowa DOT special projects engineer Willy Sorenson said. “We want to be able to detect it and ideally tell the public, motoring public, that there’s ice forming. Beware.”

The software is currently only being tested in two IDOT parking lots in Ames and while it could prove to be a major asset for road safety, Sorenson said there are still some kinks to work out.

“They flash too often right now,” Sorenson said. “… Right now, actually, this one is flashing. We just did a temperature measurement. It was right at 32 degrees. However, there is really no moisture around here that can freeze, so it’s really not a dangerous situation.”

Sorenson said the department will continue to work with the PATeye developers and continue trying to make driving during the winter weather safer.

“We’re always looking ahead,” he said. “We want to be pro-active on our ice-fighting skills.”