The Pennsylvania general assembly has passed a bill that will beef up penalties for drivers who injury or kill workers, including emergency personnel, contractors, law enforcement and government employees, in highway construction zones.

Senate Bill 887, which amends Title 75 (Vehicles) of the Pennsylvania Consolidated Statutes, was sent to Gov. Tom Wolf Nov. 19 for his signature.

The bill would require drivers causing “bodily injury” to pay a fine of $1,000 to $5,000 depending on the severity of the injury. Drivers causing serious injuries would also have their license suspended for six months.

Drivers causing a worker’s death would be fined $10,000 and have their licensed suspended for a year.

“I am honored and humbled at the overwhelming support by my House and Senate colleagues for this critically important measure. We have the opportunity to save lives with this legislation and to show our support for those working to keep our highways safe and we’ve done just that,” Costa said. “There isn’t a text, an email or a phone call that is more important than our workers returning home safe to their families.”

“The frequency of incidents in work zones is troubling, and highway workers and their families live in constant fear that the irresponsible actions of a distracted or aggressive driver will ultimately lead to a tragedy. By strengthening the penalties for reckless drivers, we can help limit the dangers faced by the men and women who help maintain our vital infrastructure,” Bartolotta said. “I am pleased my colleagues recognized the significance of this bipartisan legislation and that we owe it to workers and their families to do everything in our power to limit the dangers they face.” 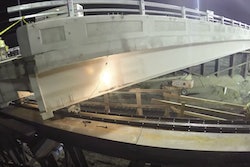 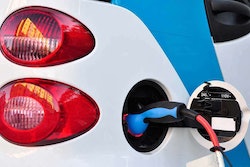