Virginia’s Commonwealth Transportation Board (CTB) has approved the “Preferred Alternative” design concept for the Interstate 66 Outside the Beltway Project, aimed at improving 25 miles of the highway from I-495 in Fairfax County to Route 15 in Haymarket.

The CTB says the concept is a “combination of various alternatives that were evaluated over the past year” and includes public input from almost 200 public meetings in nearly two years.

Two express lanes will be placed beside three regular lanes in each direction of I-66 and will include room in the median for transit in the future. There also will be dedicated express lane access points, safety and operational updates at interchanges, new transit services and bicycle, trail and sidewalk improvements.

The plan will be implemented in several phases, with the first phase extending the express lanes for the first 22 miles from I-495 to University Boulevard in Gainesville. This phase would also include converting current ramps and bridges into express lane access points at specific sites.

From recent public hearings, the following design changes were made to the plan:

Final documentation on environmental impact as well as land procurement decisions will be completed by the end of the year. The public will be able to continue providing input through early 2017, as construction is expected to start some time that year, with an opening slated in 2021.

More details are available at www.Transform66.org. 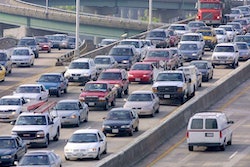 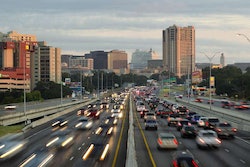