If not for a crew of road workers, one of America’s most iconic symbols could have been left for dead on the side of an Illinois interstate.

ABC 7 in Chicago reported that an Illinois Department of Transportation crew was working along Interstate 55 in Darien when they saw what they thought was a blown out tire until the black mess start trying to eat from a McDonald’s bag.

Upon getting a closer look, they saw it was an injured bald eagle. The crew called for animal control and stayed near the eagle until help arrived.

“It’s an endangered species, and it’s our responsibility to try and protect it,” one IDOT worker who wasn’t identified said.

Animal control was able to get the bald eagle into a carrier and took it to a nearby wildlife facility. It was determined that the eagle was about a male around 5-years-old. The eagle, which was tagged, was believed to have been hit by a vehicle, but he didn’t seem to have any wing fractures.

The eagle was being held in isolation and fed rodents, fish and water until he makes a recovery and is released in the DuPage Forest Preserve’s Flight Ring Facility. 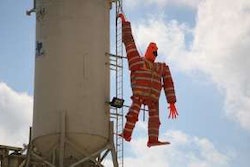 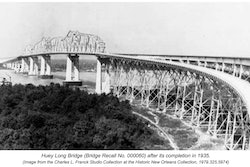