West Virginia DOT workers spit on, cussed out by drivers angered by construction

Road work is already a dangerous job, but some drivers in West Virginia aren’t making things any easier for the guys in the reflective vests.

The West Virginia Department of Transportation told WSAZ that more and more frequently, workers with the Division of Highways have been facing harassment from drivers in work zones.

WVDOT Communications Director Brent Walker said the workers have been spit on, yelled at and cussed out. Some drivers have thrown objects out their vehicle window at the workers and even threatened with actual weapons.

“Everyone deserves to work in a safe environment,” Walker said. “… We will not tolerate this kind of behavior towards our employees.”

Walker said a man in the Northern Panhandle of the state was arrested for threatening to blow up a Division of Highways office.

DOH worker Joe Nance leads a crew in Barboursville and has seen the harassment firsthand.

“Oh, you don’t want to get me started,” Nance said. “… We get a lot of people that will complain to us because we’re who they see. They just cuss and scream at us … There’s no respect from the public.”

Nance said the workers are just trying to do their jobs and make the roads better for West Virginia drivers.

Walker said that harassing the workers won’t get anything done, and people should refocus their anger in a way in which their voices will actually be heard. He suggested angry drivers should file a request for assistance from the DOT website, complain on social media or simply contact their local Division of Highways office.

Nance added that drivers simply need to have “lots of patience.”

“We’re trying to do the best we can.” 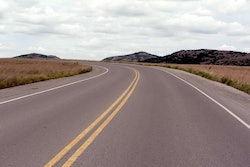