Several state departments of transportation are suspending work on many road and bridge projects throughout their state this Labor Day weekend to both alleviate traffic delays and cut down on potential accidents due to the expected heavy volume of traffic.

AAA expects roughly 35.5 million people will travel more than 50 miles during the holiday weekend, representing the highest travel activity during that time since 2008.

“Labor Day weekend is the last holiday of the summer and we expect heavy traffic on our roads. We want to make travel to Georgia’s lakes, parks and attractions easier and safer for all,” said GDOT State Construction Engineer Marc Mastronardi.

The North Carolina Department of Transportation will suspend “most road construction activities on major routes” beginning 4 p.m. on September through 9 a.m. September 8. There will, however, be about 10 active sites across the state NCDOT says.

The Michigan Department of Transportation (MDOT) plans to remove traffic restrictions on 114 of 155 active projects across the state. This is scheduled for 3 p.m. September 4 through 6 a.m. September 8. MDOT recommends motorists in the state to use its free Mi Drive app, which offers construction information, traffic incident alerts and live traffic webcams.

New York will stop temporary lane closures for road and bridge projects on state highways from 6 a.m. September 4 until 6 a.m. September 8. The state reports some work may continue behind permanent concrete barriers in work zones. “This action puts drivers first and will help New Yorkers get to where they are going faster and with less aggravation during this busy Labor Day weekend,” Governor Andrew Cuomo said.

The Arkansas State Highways and Transportation Department (AHTD) says it has been “working hard to open as many lanes as possible” in construction zones, but that there will still be delays due to volume and work zones. It recommends motorists visit IDriveArkansas.com for travel updates during the weekend.

The Ohio Department of Transportation (ODOT) says it has suspended most construction zone work for the weekend, but as with MDOT and AHTD, it recommends motorists visit OhGo.com for traffic information including work zone congestion areas.

In Louisiana, all oversize and overweight vehicle travel on state highways are prohibited September 6-7, a decision Louisiana Department of Transportation and Development (LDOTD) Secretary Sherri LeBas says was made in conjunction with the Louisiana Department of Public Safety and Office of State police to “maximize safety of motorists.” LDOTD also announced that over the holiday weekend there will be no lane or ramp closures for the ongoing project to repave Interstate 10 from French Branch Bridge to the West Pearl River Bridge, in St. Tammany Parish. 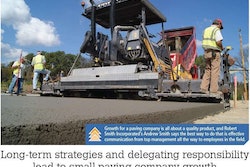 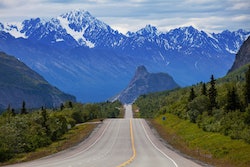