In yet another example of how transportation project funding is becoming more localized, Cedar Rapids, Iowa, recently released a 10-year plan for road improvements. The plan will cost $180 million and will be funded by a 1-cent local option sales tax that began collecting in July last year.

Dubbed “Paving for Progress”, the plan will involved 150 miles of the roughly 600 miles of streets throughout the city, with the majority of the work (60 percent) being done to residential streets. The remaining 40 percent of the work will be done to high traffic roads.

Cedar Rapids City Manager Jeff Pomeranz said in a report by The Gazette the plan is “vital for the city” and couldn’t be done without the sales tax. “Without this proactive approach, our roads would continue to deteriorate and end up costing significantly more,” Pomeranz said.

The plan involves what the city calls three treatment methods. The include reconstruction (complete removal and replacement), rehabilitation (resurfacing, patching, surface profiling), and maintenance (chip seal, crack filling, diamond grinding). Rehabilitation will make up 42 percent of the projects, with reconstruction following at 40 percent, and maintenance involved the remaining 18 percent of the work.

An interactive map of current projects is available here. 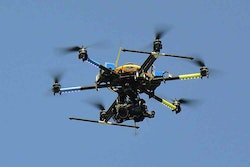