Amidst the seemingly flurry of bills being introduced ahead of the looming May 31 end to the revenue stream for the Highway Trust Fund, yet another senator has proposed a transportation funding option. This one focuses on funding bridge projects by amending the tax code regarding the Additional Child Tax Credit.

Sen. Kelly Ayotte (R-New Hampshire) proposed the Strengthening America’s Bridges Act (S.1273). It is based on a Keystone bill amendment she introduced previously.

The bill would create a Strengthening America’s Bridges Fund that authorizes grants to states for bridge projects from the U.S. Department of Transportation.

Under Ayotte’s plan, tax filer’s who opt for the Additional Child Tax Credit, which cuts taxes owed by up to $1,000 per child, would be required to have Social Security Numbers for those children. Ayotte says this requirement would save approximately $20 billion in 10 years, savings that could go to the Strengthening America’s Bridges Fund.

“Almost a third of New Hampshire’s bridges are in need of replacement or repair, presenting public safety and transportation challenges for Granite Staters,” Ayotte said in a statement. “My legislation would reduce fraud associated with the Additional Child Tax Credit and use those savings to pay for important infrastructure projects like repairing and replacing deficient bridges.” 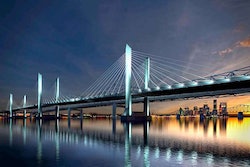 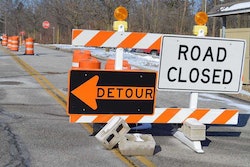