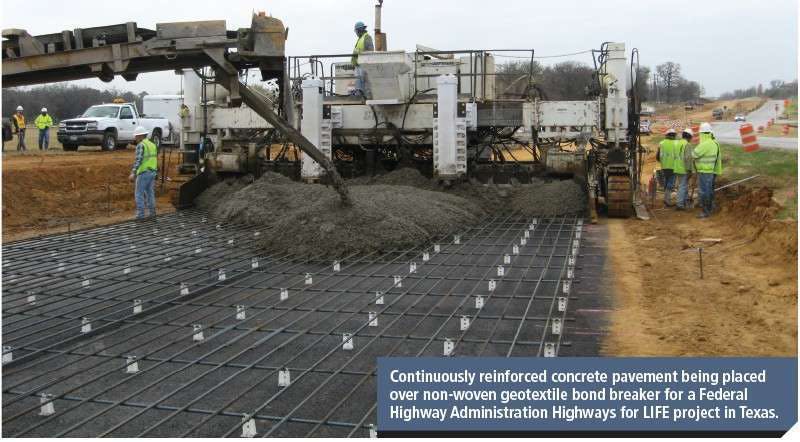 Discussing sustainability in most industries usually elicits one of a couple of responses: either groans, rolling eyes and shuffling feet; or zombie-like stares off in the distance that clearly signify the listener is tuning out. But in the pavement sector, people are more attentive to the issue.

Paving contractors, whether they be involved in asphalt or cement (and sometimes both) have been practicing sustainable methods for years. Gone now is the shiny newness, and emerging now is a maturity and a certain level of expectation. At one time having a stable of sustainable practices gave contractors a competitive edge, but currently it’s expected.

“Now, in our marketplace,” says Steve Jackson, president and CEO of Cedar Valley Corporation, Waterloo, Iowa, “if a firm doesn’t maintain sustainable practices, they are at a competitive disadvantage.”

And since sustainability is really a “big picture” concept, work by contractors have evolved and morphed beyond simply worrying about material handling.

“To be competitive in our marketplace a firm has to recycle,” Jackson says. “However, as a construction firm that works in the fertile Iowa soil, our second driver is that we have a love of the land. Although we often disturb the land building new roads and highways, we want to build our work with as little as an impact to the environment as we can. Although project ‘earth borrow’ locations and portable batch plant locations disturb the land, we strive to return these areas to their original state or better.”

Jackson makes a good point, as it’s becoming clear that simply reusing materials in road construction isn’t enough. The impact on the land during construction is important, as Jackson points out, but the longer-term impact of a road has to be considered. And now there’s more pressure to begin measuring that impact, not merely of the road’s affect on its surrounding environment, but also the working life of the road, often referred to as the use phase (see the sidebar Sustainable Pavements Life Cycle).

There are broad arguments about the impact of the use phase of a road. It does represent the longest segment of time when thinking of a road’s lifecycle.

“Contractors have been doing sustainable practices for a long time,” says Leif Wathne, executive vice president of the American Concrete Pavement Association. “They either give them a competitive advantage or make them money. The sustainable practices we trumpet make the material side of it more competitive. Conventionally, most people think of recycling materials, and these things are good, but this thought process is missing the biggest element – the use phase.”

Wathne compares just thinking about the materials on a road to just thinking about the water in plastic bottles. While the plastic waters are recycled, they also require a lot of plastic to be used and reused – vs. getting water from the tap in a container that doesn’t have to be recycled, such as a glass bottle. “Green washed” is a phrase Wathne used to describe this perception. “It’s a life cycle assessment atrocity,” he says.

“If we really want to focus on sustainability and change the business, design has a big role. The driver should be design,” Wathne said “How we build and what we build with has an impact on the pavement world.”

While Dr. Heather Dylla, director of sustainable engineering for the National Asphalt Pavement Association (NAPA), agrees that considering the use phase is important, she says it’s a harder concept to solidify into quantifiable data.

“Use phase is highly uncertain in all models, because for one thing maintenance impacts use phase,” Dylla says. “The materials still have a big impact on use phase, and it’s easier to maintain a road that was built at a higher level of smoothness.”

“Sustainability is context specific,” she adds. “The solution for one is different than another. We have to look at the relative balance and it’s important that we’re looking at this geographically.” Her point is that the use phase on a road with 100,000 vehicles travelling over it daily will differ drastically from one having 10,000 vehicles daily.

While the sustainability moniker encompasses a broad spectrum of methods and activities, attention to detail is still important, particularly at each step of pavement construction.

Jackson’s company performs a wide variety of steps in creating sustainable pavements, including recycling all possible existing pavement materials on a project.

“Usually this material is used as aggregate bases under new concrete pavement,” he says. “We are always looking for ways to save energy, including the location of our portable concrete batch plant to reduce material hauls, scheduling projects to be completed in the shortest duration possible, and taking advantage of value engineering (VE) proposals. VE proposals save the contracting authority money and usually positively reduce both fuel usage and project time. When possible, Cedar Valley Corporation optimizes our concrete paving mixes. This includes the use of waste products like slag and fly ash.”

Wathne believes full depth reclamation, in concert with thin overlays, could be the next set of steps for improved sustainable practices for concrete pavements.

“Sustainable practices such as efforts on site, are faster,” he says. “And contractors don’t have to pay a disposal fee or bring in virgin aggregate. That’s where contractors have control.”

For asphalt pavements, the greatest impact is in what happens at the plant side, according to T. Carter Ross, vice president of communications for NAPA. Sustainable practices are an easy shift for plants, he says, looking at the types of fuel burned, whether it’s natural gas or diesel, to heat aggregate.

“You aim for greater efficiencies in trucking and ensure the use of things like biodegradable release agents, but the most sustainable/ecological practices are tied to how the mix is designed and produced, not how it is placed,” he says.

“Contractors have been doing sustainable practices for a while at an instinctive level,” Carter adds. “Now it’s more scientific with best management practices and using things like softer binders. It’s more economical in a sustainable way.”

Carter says entries in their Diamond Awards program last year showed just how top of mind sustainability is with asphalt contractors. Last year, the association added a sustainability achievement to the program.

“Our expectation was that about 10 percent of applicants would include sustainability, but 28 percent actually did,” he said. “We were very happy to see that. We feel that the economy had an impact, in trying to refine sustainability efforts.”

For asphalt pavements, the future of sustainability will most certainly include increased use of recycled materials as part of the overall mix in asphalt pavements. NAPA says RAP comprised on average 20 percent of asphalt mixes in 2013, and that figure could be as high as 40 percent if softer binders and rejuvenating agents are used as suggested by the Pavement Economic Council.

And as Wathne said, full depth reclamation, while not a new technology, will be on the rise, particularly with the increasing scarcity of materials and with the process becoming more efficient with advances in equipment technology in reclaimers and pulver mixers. Older equipment required multiple passes to break up an old road, but new reclaimers can do the work in one pass going up to 18 inches deep.

But no matter the technology that comes into play, and obviously technology advances further each year, the true future of sustainable paving will require the industry, and contractors, to measure the impacts of their sustainability practices.

And as all involved in the road and bridge building sector can attest, funding is above all the biggest challenge. 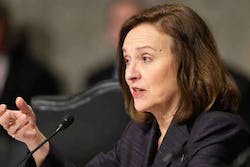 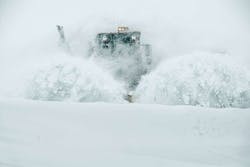