The driver of a Volkswagen beetle walked away from the car shaken up but unharmed after mistakenly driving into a construction zone in Tulsa, Oklahoma.

According to a report from News on 6, after entering the Interstate 244 work zone, the Bug wound up straddling a concrete lane barrier, taking some heavy damage.

Tulsa Police told the site the driver drove into the area because a barrier blocking off the work zone was missing. Officers called the Oklahoma Department of Transportation to place “Road Closed” signs as soon as possible.

However, while officers placed temporary cones to block off the area, a pickup drove into the work zone as well. Fortunately, the driver was able to back out of the zone and did not meet the same fate as the stranded Beetle.

Another missing road barrier proved deadly for a woman in Indiana recently. Police in East Chicago suspect a married couple’s GPS directed them to drive onto a partially demolished bridge and were able to do so due to a concrete barrier and a barricade sign missing from the bridge. The female passenger was killed after the car fell nearly 40 feet from the bridge. 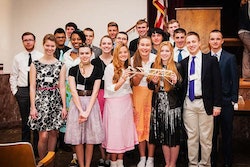 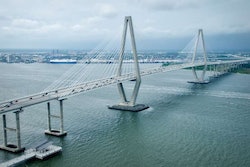